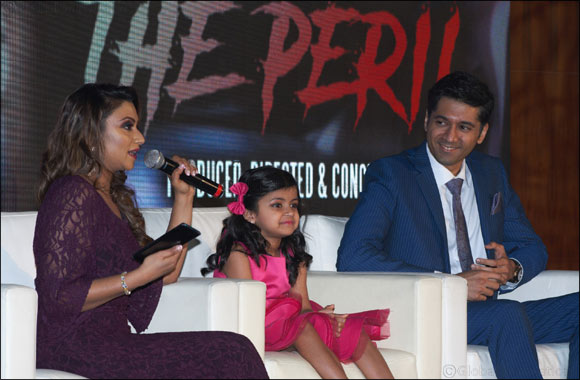 1 in 3 internet users in the world is a child, says UNICEF report

Dubai, United Arab Emirates, 11 July 2018:  Under the Patronage of Her Highness Sheikha Hend Al Qassemi, the independent short film ‘The Peril’ by producer/director Zenofer Fathima officially premiered today at Marriott Hotel in Al Jaddaf, Dubai.  The Peril is a breathtaking narrative that aims to raise awareness on the unseen dangers of children using technology.

In an era of tablets, smartphones and touchscreens, more and more children have increasing digital presence, which inevitably translates to increased exposure to possible perils of the digital world.  Late last year, UNICEF released its very first comprehensive report on the well-being of children in the digital space.  Titled ‘The State of the World’s Children 2017: Children in a Digital World’, the report found that despite children’s massive online presence – wherein one in three internet users worldwide is a child – very little is done to protect them from the dangers in cyberspace.  The report also examines how the internet increases children’s vulnerability to risks and harms, including misuse of their private information, access to harmful content, and cyberbullying.

“We live in a time when the society is obsessed with gadgets and electronics, so it doesn’t come as a surprise that today’s children are so ‘tech-savvy’, and that most of them favour their screens over their teddy bears.  Being hooked on innovation and technology has its benefits, but we have to be wary when it concerns children, especially since the ubiquitous presence of these technological devices has made online access for many kids less supervised, and therefore potentially more dangerous,” Zenofer commented.

The exclusive premiere was attended by a number of dignitaries led by His Excellency Suhail Mohd. Al Zarooni, renowned Emirati entrepreneur and philanthropist, and Mr. Yasser Al-Gergawi, Director of Cultural Events Department at the Ministry of Culture and Knowledge Development. Also in attendance were representatives from the Malaysian Business Council, where Zenofer serves as a member.

Passionate about filmmaking and acting, Zenofer went behind the camera for this project to direct and produce the movie, single-handedly facing production issues and challenges head-on.  “As parents we must take responsibility for our children’s web safety.  Producing and directing this film required me to effectively convey the message to achieve my goal of raising awareness on the importance of teaching children how to navigate the internet responsibly and safely.  This in the end will allow us to preserve the many positive elements of digital technology,” she added.

The Peril’s plot looks at a father and daughter going on vacation together, with the father – a businessman with a strenuous work lifestyle – attempting to achieve a work-life balance by giving in to his daughter and conforming to all her wishes. As he attempts to do this, things go awry and the short film presents a visual narration to deliver the message that the strong influence of technology in this generation is inevitable yet with vigilance and caution, it can be an ideal tool for learning and development.

The Peril is now available for viewing on Zenofer’s official YouTube channel House of Zen.