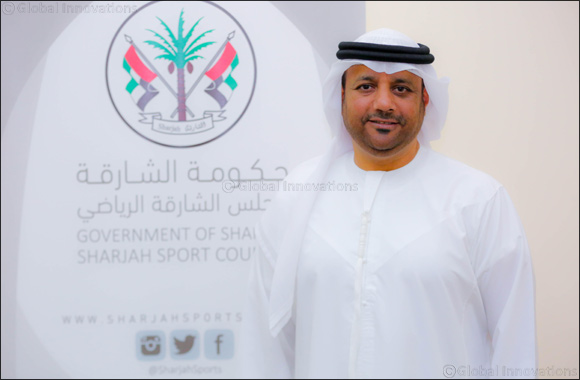 Sharjah, October 1, 2018:  Her Highness Sheikha Jawaher bint Mohammed Al Qasimi, wife of His Highness the Ruler of Sharjah, Chairperson of the Supreme Council for Family Affairs and Chairperson of the Sharjah Sports Family Award (SSFA), has issued a resolution appointing HE Issa Hilal Al Hazami, Secretary General of the Sharjah Sports Council to the position of Chairman of SSFA’s Board of Trustees.

The appointment of Al Hazami constitutes a new addition to the second edition of SSFA, which is organised by the Sharjah Sports Council. The council’s goal is to inspire Emirati families to engage in regular sports and physical activities that reflects positively on their physical and mental health as well as on their general lifestyles.

Al Hazami thanked Sheikha Jawaher for her trust and expressed his hope that the award will achieve its goal of bringing together a larger number of Emirati families to share their experiences and accomplishments, thereby encouraging Emirati community members to embrace sporting activities and deliver high performance that lives up to the bourgeoning sporting landscape in the UAE.

The newly appointed Chairman of SSFA’s Board of Trustees said: “The SSFA is in line with the vision and directives of His Highness Dr. Sheikh Sultan bin Mohammed Al Qasimi, Member of the Supreme Council and Ruler of Sharjah, to invest in human development, their health and safety, as well as to encourage community members to adopt a healthy lifestyle.”

Al Hazami added: “The award has underwent a number of significant milestones such as the announcement of two new categories in the nominations process, which are ‘Hero/Heroine with Disability’ and ‘Family Participation in Community and Health Sports’, attracting a more diverse range of participants with a series of the most inspiring national stories.”

He noted: “The Board of Trustees also allocated a total of AED 600,000 in prize money, and announced its new slogan “Behind Every Champion is a Legend”, which supports the friends, families, sports institutions, and other advocates of competitive sporting champions, and encourage more athletes to engage their supporters that without them there would be no champions. '

The Board of Trustees of SSFA includes HE Nada Askar Al Naqbi as Secretary General of the award; Khawla Al Serkal as Chairperson of the Media and Public Relations Committee; and Hanan Al Mahmoud as Chairperson of the Marketing and Events Committee. Other members include Dr. Salah Taher as Chairman of the award’s Technical and Arbitral Committee and Dr Mohammed Abdul Azeem as his deputy.

Founded in 2014, SSFA, organised by the Sharjah Sports Council, aims to encourage Emirati families to adopt healthy lifestyles through sports, foster a sense of loyalty and belonging of athletes, enhance their national identity, and recognise Emirati achievements in sports and their commitment to building healthy generations. Now in its second edition, the Board of Trustees allocated a total of AED 600,000 in prize money, with nominations opened across 4 categories which include ‘Sporting Family’, ‘Family of Sports Heroes’, ‘Hero/Heroine with Disability’ and ‘Family Participation in Community and Health Sports’.