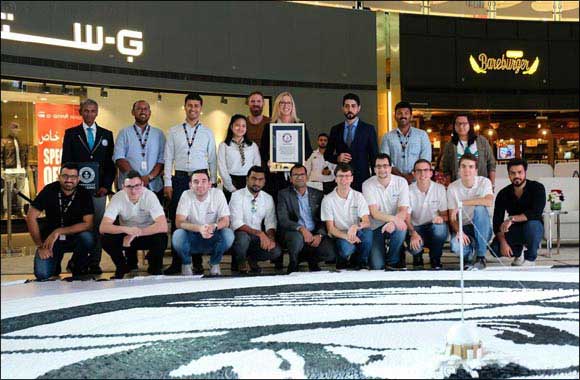 Abu Dhabi,  United Arab Emirates, 4 December 2018:   Marina Mall Abu Dhabi has set the new world record for the number of dominoes toppled in a circle field, in honour of the Year of Zayed and the UAE’s National Day.

A team of expert domino artists created a huge circle of 89,955 dominoes which, when collapsed, revealed the Year of Zayed logo.

Members of the public watched the Guinness World Record attempt from the balcony.

Pravin Patel, Adjudicator, Guinness World Records, said: “It was wonderful to watch such a unique record being set and a delight to witness the result of the team patiently setting up the dominoes for three days. This is a great achievement which everyone should be proud of - well done.”

Al Jazirah Al Hamra: An Illustrious Past That Tells the Story of the Gulf's Pear ...

Emirati Al Nuaimi and Gemany's Hansske top the charts in the DXB Snow Run at Ski ...