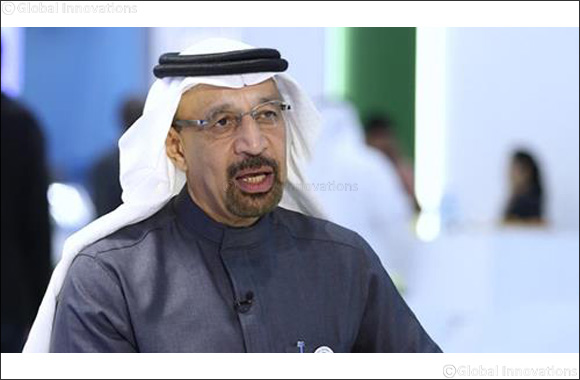 Saudi energy minister on the country's Crown Prince: His ability to lead the kingdom is unshaken and will never be shaken

During the interview, Al-Falih told CNN he doesn't 'see a big economic recession' but that corrective actions are 'easily within our control.'
As the United States Secretary of States Mike Pompeo prepares to meet Saudi Crown Prince Mohammed Bin Salman, Al-Falih suggests the two countries will continue to work well together due to “common interests, common values.” Al-Falih also speaks about the Crown Prince’s ability to lead stating “His ability to lead the kingdom is unshaken and will never be shaken in my opinion.”

On the potential of an economic recession:
“I don’t see a big economic recession the way we saw in 2008 or the late 1990s with the Asian financial crisis is not, at least in my radar screens, if we see a slowdown from the 1.5, 1.6 million in the last few years it’s going to be a small slowdown that the oil markets can well absorb with adjustments to supplies that we will respond too very quickly.”

On controlling oil supply:
“I can tell you on China in particular, we’re seeing record demand numbers from Saudi Arabia. February, we’re seeing upwards of 1.7 million barrels of requirements of oil from the kingdom. That is a record number but even in the US, look at US numbers they’re setting record numbers month after month. 200, 300 thousand barrels of variability in demand can easily be adjusted to in a market where supply is upwards of 100 million… it’s easily within our control.”

On the impact of the USA on oil prices:
“From a US perspective, we also hear a lot of voices including those of producers who have been providing fuel for the US economy to grow. There are terrified by prices in the $50/60 range despite what they may say to their financial investors. We listen to the signals coming out of President Trump and others in the US, we do listen intently to voices coming out of developing countries and ultimately we try to straggle that spectrum of expectations.”

On the US and Saudi relationship after the murder of journalist Jamal Khashoggi:
“I think there are just too many areas of common interests, common values between the US and Saudi Arabia to even consider this unfortunate and tragic incident in Turkey would have been such a disruption to such a strong relationship. The Crown Prince is a global leader we’ve seen that at the G20… His brand, his name, his leadership is boldness. His ability to lead the kingdom is unshaken and will never be shaken in my opinion.”