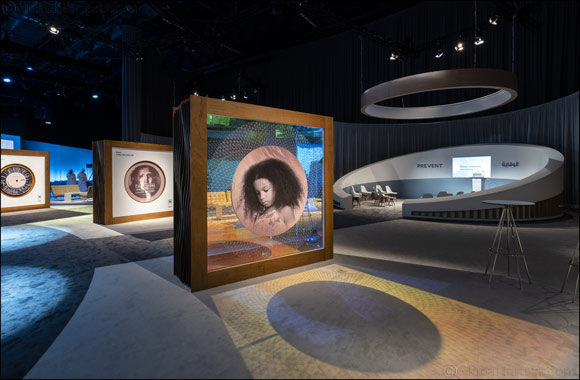 9 March 2019 - Dubai, UAE: The celebration of the 30th anniversary of the UN Convention on the Rights of the Child, the most ratified international treaty ever, provides an excellent opportunity to both celebrate the achievements made to protect and promote the rights of the child and reflect on the challenges ahead.  Children today are faced with new threats, posed by global trends, including but not limited to, online sexual exploitation and abuse, environmental degradation, protracted armed conflicts and mass displacement.

Following similar efforts in Abu Dhabi, and Davos, with technical and logistic support provided by the United Arab Emirates, the Interfaith Alliance met on the sidelines of the Human Rights Council 40th Session in Geneva, to continue the Interfaith Alliance Mobile Exhibition. The exhibition provides a simple and interactive platform for communication between participants from different age groups and scientific and religious backgrounds, with the objective of raising awareness about sexual assault and crimes against children.

Religious communities have worked closely with the United Nations and Member States in the implementation of the UN Convention on the Rights of the Child during the last 30 years. Religious leaders and institutions have worked to create safe environments for children and protect them from violence at the grassroots level; they have contributed to changing social and cultural norms that condone violence, and have been instrumental in influencing policies at the national level.

While we celebrate the achievements on improving children’s rights around the world, the panel discussion will also look into ending violence against children, as one in two children in the world are affected by violence every year, suffering long term consequences in mental health, anxiety, depression, as well as increasing the risk of aggressive behaviours later in life. We also know that millions of children are affected by harmful practices that are condoned by customs, traditions and often by religious interpretations of scriptures, and therefore, religious communities have the responsibility to take action to end all forms of violence.

Joining forces among all key actors to support the implementation of the UN Convention on the Rights of the Child, both nationally and internationally, is of paramount importance to prevent and protect children from all kinds of violence and ensure that their rights are protected from practices that affect their dignity and well-being.

The panel discussion at the mobile exhibition will be followed by a reception to present the Interfaith Alliance on Safer Communities: Child Dignity Online Exposition, that was developed with the goal of creating awareness about online sexual abuse and exploitation of children and the role of religious communities.