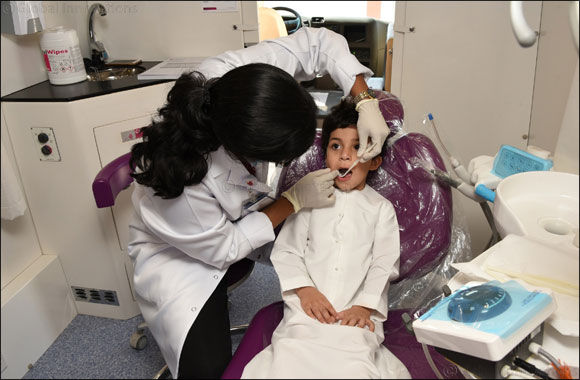 Dubai – 14 March 2019:   In conjunction with the Emirati Children’s Day, which is celebrated annually on 15th March 2019, Dubai Customs organized, on Thursday, a number of events that targeted the children of its Nursery and Childcare Center, the parents and the employees.

The events included a workshop around the balanced character, exchange of gifts between children, taking photographs wearing the costumes of the cartoon characters Jamrook and Jamrooka, in addition to a small fair that sold family and child necessities and free medical checkups for the children.

The event comes in response to the announcement of Sheikha Fatima bint Mubarak, Chairwoman of the General Women's Union, President of the Supreme Council for Motherhood and Childhood, and Supreme Chairwoman of the Family Development Foundation of celebrating childhood on 15th March every year.

“The UAE has always and continues to embrace children. Since its union was founded 46 years ago, the UAE has offered great attention to children as they are considered one of the inherent values of the Emirati society. Championing the rights of our children will support the UAE Vision 2021 and the UAE Centennial 2071 project”.

Bin Gharib pointed out that any initiative that cherishes children in the UAE is a continuation of a journey of love and care that the Late Sheikh Zayed bin Sultan started and continued by President His Highness Sheikh Khalifa bin Zayed Al Nahyan and His Highness Sheikh Mohammed Bin Rashid Al Maktoum, Vice President, Prime Minister and Ruler of Dubai.

The events saw very positive turnout from the employees and their children.