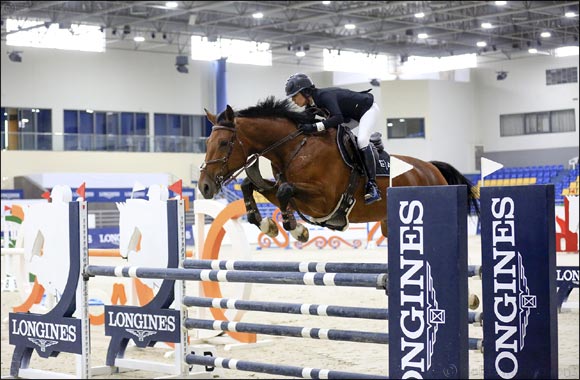 Under the supervision of the UAE Equestrian and Racing Federation (UAEERF), the two-day event will be held at the Sharjah Equestrian & Racing Club

Dubai, UAE, April 18, 2019:  This week’s Show Jumping National sees the Sharjah Equestrian and Racing Club host the Young Horses Final from Friday, April 19th to Saturday, April 20th. Young horses (5 – 7 years old) will be tested on their skill to determine who the most talented up-and-coming jumpers are.

Held under the supervision of the UAE Equestrian and Racing Federation (UAEERF), this two-day event will be the second of three nationals held in Sharjah before the season’s end. The young horses and their world-class riders will be jumping fences up to 135cm.

This week’s show will feature 10 classes with six of them designed to test the skills of Young Horses in each age category (5 year-olds, 6 year-olds and 7 year-olds). Additionally, there will also be two open classes for riders of any age where Juniors will be ranked (riders between 14 – 18 years old), as well as two competitions for Novices and Children.

The five classes on Friday will include an Open Class of One Round Against the Clock where Juniors will be jumping a height of 125cm with the rest going up to 130cm, with the other four being One Round not Against the Clock for Novices & Children as well as for Young Horses aged five, six and seven years old respectively. The rest of the classes will be held on Saturday and consist of a Two Phase, One Round with Jump-off and three Competitions Over Two Round with the maximum height set at 135cm. All riders will be competing for their share of a prize purse of AED 170,000.

The competitions will be supervised by Hussam Zummit, who represents the UAEERF, with the ground jury headed by Khalil Ibrahim, with assistance from other jury members. This show’s course was designed by Yousif Al Mahmoudi with the help of other course designers.