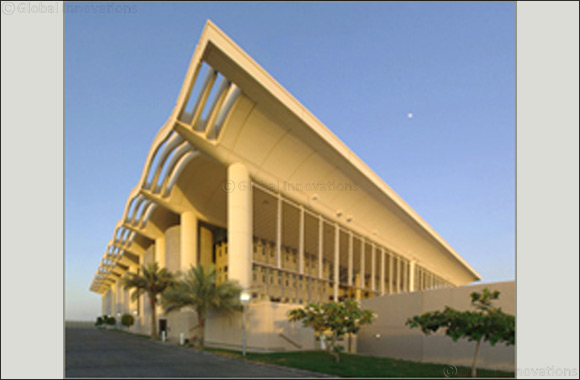 APICORP 2019 OUTLOOK: Total Planned and Committed MENA Investments in Energy Sector estimated to be USD 1 trillion over next five years

Share Home >> Energy and Industry
Dubai, United Arab Emirates -  April 23, 2019:  The Arab Petroleum Investments Corporation (APICORP), a multilateral development financial institution, today unveiled its MENA Annual Energy Investment Outlook 2019. The Outlook provides estimates for both planned and committed investments for the period 2019 to 2023.
Planned and committed energy investments amount to USD 1 trillion in the MENA region
The APICORP research forecasts that total planned and committed MENA investments in the energy sector over the next five years will amount to USD 1 trillion and will require significant support from private sector financing.
Notably, the report found that this investment matches the large financial reserves held by MENA countries, with some being under leveraged. Committed investments are defined as investments in energy projects currently under execution, whilst planned investments represent a country’s spending target to develop its energy sector.
Share of overall non-government led investments have increased to 22% from 2018
The APICORP Outlook noted that the share of overall non-government led investments have increased to 22% from the year before, as the private sector plays an increasingly vital role in supporting energy projects, particularly in countries with weaker fiscal reserves and/or higher share of power sector projects.
Tunisia and Morocco rank the highest with the private sector accounting for 68% of total planned and committed energy investments, followed by Jordan at 46%. UAE, Oman and Egypt also exhibit a greater penetration of private sector participation, rising to 30%, 29% and 28% respectively.
Dr. Leila Benali, Chief Economist at APICORP, said: “We are pleased to unveil the latest edition of our MENA Annual Energy Investment Outlook, the only publication providing an integrated and sectoral view of energy investments in the MENA region.  Over the last year, there has been a number of important developments in energy investments, driving overall developments in the sector. One trend is the continued momentum of investments in renewable energy.
These were spearheaded by governments but, benefitting from tailored and flexible funding mechanisms which enabled more private sector involvement.  It is high time that the rest of the energy sector (oil and gas) innovates in its own funding mechanisms to ensure sustainable development of projects throughout the supply chain. We see notable progress on that front, with innovative structures and PPP in upstream and midstream, but for now it is confined to the high credit rated companies and countries.”
Dr. Ahmed Ali Attiga, Chief Executive Officer, APICORP, said: “While all MENA countries continue to push on with investment in the energy space, there will be several challenges and constraints over the medium term.  We see the private sector as a critical player in financing the region’s energy investment plans going forward, while freeing up revenues for other areas in the economy.
Multilateral financial institutions, such as APICORP have a critical role in bridging investment and funding gaps. The energy sector is reinventing itself, and APICORP is committed to being at the forefront of this change.”
Saudi Arabia has the largest committed and planned investments in the medium-term followed by UAE and Kuwait
According to the Outlook, within the MENA region, Saudi Arabia has the largest committed and planned investments in the medium-term while the UAE and Kuwait have ambitious programmes throughout the value chain.
Looking ahead, Iraq will focus on rebuilding its energy infrastructure. Egypt will prioritise upstream gas and power sector investment to meet rising demand. Notably, most of MENA region will see a greater transition towards gas, downstream and petrochemicals sector, and significant renewable energy additions.
Power projects currently constitute 36% of total investment in the MENA region
The APICORP research showed that power projects currently constitute 36% of total investment in the region as the demand for electricity rises, with 34% of this making up investments in renewables due to its continued momentum.
Even if gas investments are prioritized in many countries, oil sector investments remain high, at $304 billion
Total investments in the gas sector will amount to USD 186 billion, just under half of which is committed. Furthermore, the demand for gas will continue to grow 2% per year over the next five years in the MENA, as a primary growth region.
Speaking about the specific case of the gas upstream sector, Mustafa Ansari, senior economist at APICORP, explains that “Iraq leads with over USD 16 billion committed to capture flared gas; the Basra Gas Company (BGC) south gas utilisation project makes up the lion’s share”.
Petrochemical investments amounting to USD 123 billion
Interestingly, investments in the petrochemical sector continue to rise, with total investments marking over USD 123 billion, which includes USD 33 billion for projects currently under execution. This is the largest increase in committed investment relative to the previous edition of the investment outlook report.  Egypt alone accounts for just under half the investment.
APICORP’s MENA Annual Energy Investment Outlook has been published using multiple insights from an engaged community and a variety of sources. The report is published as a neutral fact-based contribution to enhance understanding and provide a more precise outlook on future capacity and possible production levels for the energy industry in the MENA region.


Womanity Reshapes the Narrative Around Women in the MENA Region

Increasing Use of Screen-Time Causing Eye Problems in UAE Students