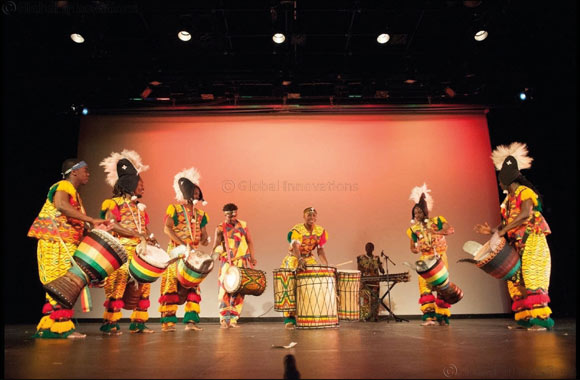 Share Home >> Entertainment
Abu Dhabi, April 24, 2019:   Abu Dhabi will shine the spotlight on tolerance, cultural diversity and unity when the 2nd Organisation of Islamic Cooperation Festival, held under the patronage of His Excellency Sheikh Nahyan bin Mubarak Al Nahyan, UAE Minister of Tolerance, opens at Abu Dhabi National Exhibition Centre (ADNEC) on Wednesday April 24.
The four-day festival will be a celebration of Islam as Muslim countries from around the world descend on the UAE capital from April 24-27 to display their cultures and traditions through essential elements such as arts and music.
Running under the theme ‘One Nation Unified by Benevolent Cooperation, Justice & Tolerance’, the festival will facilitate dialogue between participating countries and the OIC delegation to strengthen collaboration and establish new partnerships to benefit the 1.5 billion Muslims they serve under the umbrella of the Organisation.
Key highlights of the festival will include the Palestine Pavilion, strategically placed at the heart of the exhibition, emphasising the State’s importance to the Islamic world and its vital status within Islamic identity. The festival will celebrate Palestinian culture through mediums such as art and short films, including embroidery and painting classes with Palestinian artists
Other highlights will see a diverse range of music groups take to stage for a series of live performances, including a folklore group from Burkina Faso, who will highlight their country’s traditions through a range of dances; the Astana folklore group from Kazakhstan who will demonstrate cultural heritage through song, dance and poetry and soloist Khadeeja from the Republic of Dagestan.
Meanwhile, in a renowned, multi award-winning singer-songwriter and global humanitarian Sami Yusuf will take the stage at Emirates Palace in Abu Dhabi on Thursday night for a special performance of his songs which are widely acclaimed for uniting communities.
“The festival is truly special uniting of cultures and traditions that align with the inherent values of Islam such as tolerance, unity and openness that will further enhance global awareness of the diversity of Islam. It represents a unique opportunity for Muslims to immerse themselves in different elements of their faith and its multiple layers, “ said Mr. Youssef Aldobeay, Advisor of H.E the Secretary General for Political Affairs, Elected Assistant Secretary General for Political Affairs and OIC General Secretariat.
“Beyond that, the festival offers unprecedented access for non-Muslims eager to learn more about our faith. In addition, held in the UAE ‘Year of Tolerance’, the festival is a chance to highlight the great values and principles of Islam and to coincide with the 50th anniversary of the Organisation of Islamic Cooperation.”
The wide spectrum of activities and content on offer at the festival includes Interactive calligraphy areas showcasing traditional and modern Islamic calligraphy across different nations, from the UAE to Indonesia, Sudan to Palestine and beyond.
Islamic arts exhibits are sure to catch the attention of festival goers, while a children’s entertainment area will feature storytelling be renowned children’s authors.
The Festival, which will be held in Hall 7 at ADNEC, is open from 2pm to 8pm on 24 April, 12pm to 8pm on 25 and 27 April, and from 4pm to 10pm on 26 April. Entry is free to all.