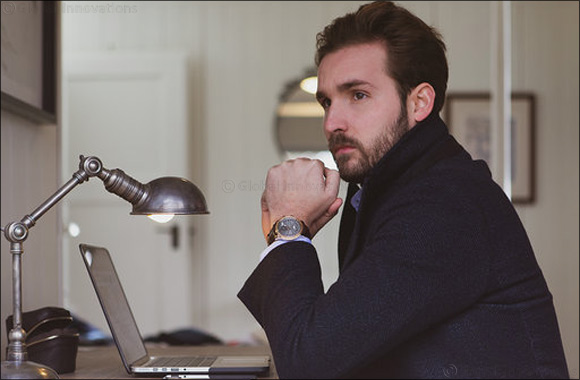 Share Home >> Lifestyle
Dubai, United Arab Emirates -  15 July  2019:  The Toric Hémisphères Rétrograde is the ultimate traveller's timepiece. With its two time zones, it allows any two locations to be paired, correct to the nearest minute. It even allows those locations with a half-hour or quarter-hour difference to be paired with full hour times set from the Greenwich Meridian. Following the success of the Toric Hémisphères Rétrograde at the Grand Prix d’Horlogerie de Genève 2017 (where the watch won first prize in the 'TRAVEL TIME' category), Parmigiani Fleurier is presenting a new version of the model with a slate-coloured guilloché dial.
A WORLD FIRST INSPIRED BY A RESTORED PIECE
It was a restored piece that inspired Parmigiani Fleurier to add the GMT complication to its collection. Parmigiani Fleurier's restoration workshops had been entrusted with a pocket watch containing two movements inside one case, each responsible for its own time zone. This sparked a desire to create a timepiece that incorporated the same accuracy of display in the reduced space of a watch case too small to house two separate movements. Michel Parmigiani found an elegant solution to this limitation by constructing a single calibre that controls two time zones, each accurate to the nearest minute. The Tonda Hémisphères released by Parmigiani Fleurier in 2010 was a world first. In 2017, the brand is extending this exceptional movement to the Toric collection, its founding model, to add a dimension of travel to its elegant and timeless aesthetics.
GUILLOCHÉ DIAL ON THE TORIC HÉMISPHÈRES RÉTROGRADE SLATE
Guilloché is an artisanal technique, one which few manufactures have mastered so completely, in which the material is engraved to produce a repeating decorative pattern. The concentric pattern chosen evokes the arrangement of the scales on a pine cone – one of the innumerable examples of the Golden Ratio seen in the natural world.
The guilloché decoration stops to leave room for the second time zone indicator at 12 o'clock, the main time zone day/night indicator at 6 o'clock and, finally, the semi-circle displaying the retrograde date which runs around the lower edge of the dial. Despite the richness of the dial's display, the watch retains an air of elegance and sophistication thanks to its partial guilloché decoration.
CALIBRE PF317
The Toric Hémisphères Rétrograde has two time zones, each accurate to the nearest minute. A module is indexed to the main movement in order to govern the second time zone. By pulling out the small crown at 2 o'clock, the module is disengaged from the movement, meaning that the second time zone can be adjusted independently, to the nearest minute. When the crown is pressed back in, the movement and the module re-engage and the second time zone is re-indexed to the first so that they operate simultaneously with the desired interval. The main crown at 4 o'clock is used to wind the movement and set the time of the two paired time zones, and the date. Each of the time zones is associated with a window, which provides the day/night indication so that the time of day can be read in an instant for each time zone.
The calibre PF317 also features an instant retrograde calendar, indicated by the third central hand. As it moves towards the last days of the month, the hand activates a spring which drives it back to number 1 with great force. This 240° movement is so fast that it cannot be seen with the naked eye.
This self-winding movement has a double series-mounted barrel for improved isochronism and rate regularity, with a power reserve of 50 hours.
PARMIGIANI FLEURIER
Taking its name from its founder, watchmaker and restorer Michel Parmigiani, the fine watchmaking brand was founded in 1996 in Fleurier, in the Swiss valley of Val-de-Travers. With its own watchmaking centre ensuring its independence, the brand has both full control over the production process and unique creative freedom. For twenty years, the Parmigiani Fleurier signature has resided within timepieces that command the utmost respect, in harmony with watchmaking traditions. They are the labour of a lifetime – that of Michel Parmigiani, the talented individuals who assist him, and the special relationship between the Manufacture and the masterpieces of the past, enabling it to invent a bold future.
TECHNICAL DETAILS
REFERENCES PFC493-1000200-HA1242
MOVEMENT
PF317
Winding: Self-winding
Power reserve: 50 hours
Frequency: 4 Hz – 28,800 Vib/h
Dimensions: 15 ¾''' - Ø 35.6 mm
Thickness: 5.45 mm
Components: 316
Jewels: 28
Barrel(s): 2 series-coupled barrels
Decoration: 'Côtes de Genève' decoration, bevelled bridges
FUNCTIONS
Hours, Minutes
Small seconds
Retrograde date
Day/night
Second time zone
CASE
Shape: Round, in 3 sections
Dimensions: Ø 42.8 mm
Material: 18 ct rose gold
Finish: Polished
Water resistance: 30 m
Case-back: Sapphire
Crystal: Anti-reflective sapphire
Crown: Ø 5.5 mm & Ø 6 mm
Engraving on case-back: Individual number
DIAL
Finish: 'Rice-grain' guilloché
Colour: Slate
Indices: Rose gold gilded
Hands: Javelin-shaped
STRAP
Brand: Hermès
Material: Alligator
Colour: Tan
BUCKLE
Type: Folding buckle
Material: 18 ct rose gold