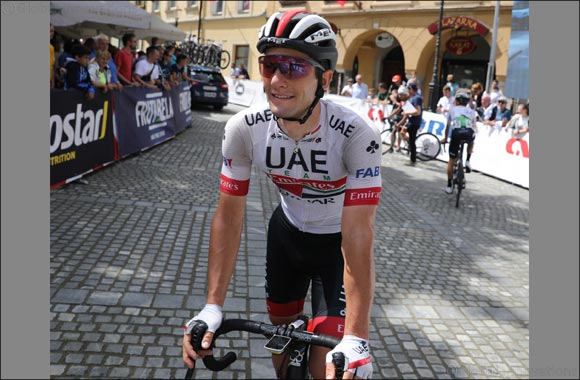 Share Home >> Entertainment
UAE Team Emirates is set to send a seven-man squad to take part in the second edition of the Adriatica Ionica (25 – 28 July).
Dubai, United Arab Emirates -  24 July  2019:   The line-up will be fronted by Jan Polanc, who will be supported by teammates Roberto Ferrari, Sebastian Molano, Manuele Mori, Rui Oliveira, Aleksandr Riabushenko and Rory Sutherland. The omens are positive for UAE Team Emirates, who had three riders finish in the top 10 of the General Classification in the inaugural event last year.
The race will open with a city circuit in Mestre, before an opportunity for the sprinters on stage 2 with the overall battle likely to be decided with the uphill finish to Misurina Lake on stage 3. The final two days finish in Cormons and Trieste, which are both played out on rolling terrain.
Commenting on the race, Sports Director Marco Marzano said: “We’ll focus on the quality of riders like Polanc and Riabushenko and then for the flatter sprint stages on Ferrari and Molano, with the support of Rui Oliveira. Our veterans Mori and Sutherland will add their valuable experience to a mostly youthful team.”


Step Up Your Fashion Game with the Sleek HONOR MagicWatch 2

How to Beat Pigmentation with DERMAdoctor