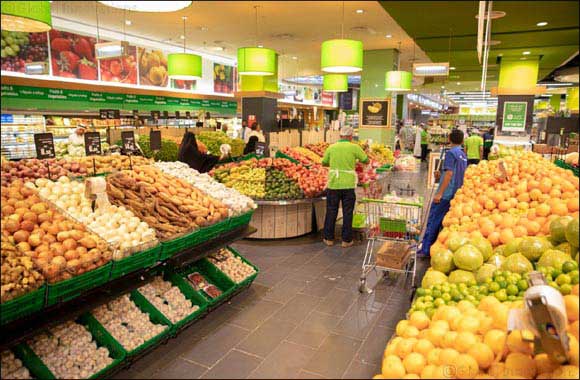 Sharjah, August 17, 2019:  In its second week, the “Health & Tourism 2019” Campaign, launched by Health Promotion Department at the Supreme Council for Family Affairs in Sharjah (SCFA), continues its awareness activities and events in a number of tourist and recreational sites and shopping malls in the Emirate of Sharjah.

The campaign was launched earlier this month under the theme “5_Ýí_Çáíæã# 5aday”, and in collaboration with the Sharjah Commerce & Tourism Development Authority (SCTDA), Sharjah Cooperative Society.

The world’s first online campaign, that brings together the health awareness and tourist promotion, aims to raise the community awareness about eating at least 400 gm, or five portions, of fruit and vegetables per day to reduce enormous health risks, such as heart disease, stroke and some types of cancer.
The campaign’s first week witnessed the launch of a contest through the Health Promotion Department’s social media sites, and awareness videos clips about the importance of eating vegetables and fruits.

The number of followers of the campaign activities in the first week reached 1340 followers from all segments of society. While the number of tweets was 31 tweets, in addition to handing out more than 2000 awareness leaflets on the importance of eating 5 portions of fruits and vegetables in various government departments.

In addition to providing illustrations in vegetables and fruits department at Sharjah Cooperative Society in 3 main branches (Helwan, Sweihat, Al Qarain) showing consumers and shoppers the concepts of the campaign.

Moreover, the Health Promotion Department organized, at Al Bataeh and Helwan Children Centers, a workshop entitled 'Color Wheel' aimed at raising awareness of children, in addition to distributing awareness publications in both Al-Qarain and Wasit walk.
Volunteer Efforts ... the Most Important Factors for the Success of the Campaign

HE Iman Rashid Saif, Director of the Health Promotion Department, said: “Year after year, Health and Tourism campaign proves its importance through the high turnout by visitors and residents to the campaign’s awareness activities, in addition to highlighting the unique tourist sites in the Emirate of Sharjah through posting lots of promotional pictures of tourism and recreational sites that have a great follow-up on various social media platforms of the department.”
Speaking about the volunteers’ role in the campaign, Saif hailed their efforts to present the campaign in the best image, through proper dealing with visitors to the emirate.

She underlined the constant endeavors of the department to elevate the awareness about the health issues, through the provision of innovative educational and awareness programs and initiatives in line with the standards of the World Health Organization, in order to provide citizens, residents and visitors to the Emirate with the skills and health information necessary to maintain their health.

These efforts come in pursuance of the wise vision of His Highness Sheikh Dr. Sultan bin Muhammad Al Qasimi, Member of the UAE Supreme Council and Ruler of Sharjah, and his wife Her Highness Sheikha Jawaher Bint Mohammed Al Qasimi, Chairperson of the Supreme Council for Family Affairs.
Such a vision which reinforces the Emirate of Sharjah’s position as the Middle East’s first Healthy City.

Health and Tourism Campaign 2019 will continue until the end of August, including a range of innovative events targeting different ages and nationalities, through the organization of awareness workshops in

several areas in addition to direct communication with visitors to the emirate in a number of tourist sites to make them aware of the practice of healthy eating habits during their vacation.

The campaign contests will also continue through social media platforms via the hashtag 5_Ýí_Çáíæã# 5aday, which will see many prizes and valuable gifts.
End