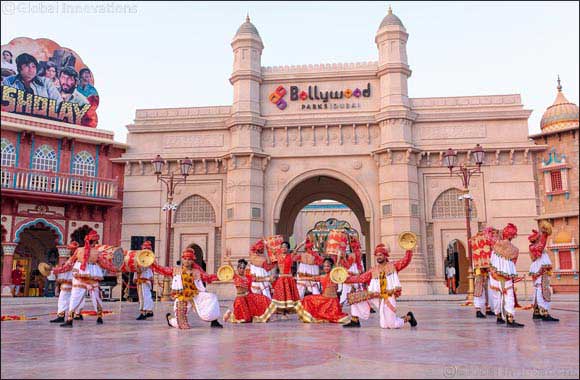 Share Home >> Entertainment
Dubai, 25 Aug 2019:  BOLLYWOOD PARKS™ Dubai is becoming the go-to destination for comedy this summer season with a line-up of India’s leading comedians and artists taking to the stage and entertaining audiences with their witty sense of humour.
Popular stand-up comedian, Karunesh Talwar, will be the next to perform on September 6th at Rajmahal Theatre in BOLLYWOOD PARKS™ Dubai, the first and only theme park in the Middle East showcasing an authentic Bollywood experience.
Karunesh Talwar, a young comedian and writer who entered the comedy industry in India by winning several open-mic competitions, will entertain guests inside the Rajmahal Theatre – an opulent and state-of-the-art theatre spread across two levels.
Karunesh has toured various cities across the world and has entertained audiences with his witty one liners and quirky puns.  He has performed at international comedy festivals including the Melbourne International Comedy Festival where he has delivered more than 20 consecutive shows. He was also invited to the world-famous Soho Theatre in London for a week-long show with fellow Indian comic Sumit Anand.
BOLLYWOOD PARKS™ Dubai is the world’s first and only Bollywood-themed attraction and includes exciting indoor and outdoor attractions featuring vibrant acts and performances from one of the most prolific film industries in the world.
Tickets for the show will be priced at AED 150 and AED 100 for the VIP and Gold categories respectively, while the tickets for Balcony seats will be priced at AED 75. The tickets will also provide park access, which includes rides, live entertainment acts and much more.
The show will start at 8:00pm, with the gates to Rajmahal Theatre opening at 7:30pm.