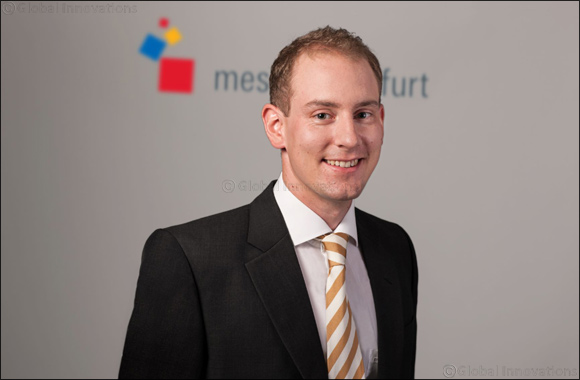 Share Home >> Real Estate & Retail
Automation experts to unwrap industry-changing technology at SPS Automation Middle East 2019
Dubai, United Arab Emirates -  September 02, 2019:   Deep insights into the future of the Middle East’s design, manufacturing and construction sectors will be unveiled this week at SPS Automation Middle East, the region’s only showcase for innovative solutions in the automation industry which runs at the Dubai World Trade Centre from 3-4 September 2019.
One of the most incisive examinations of the region’s readiness for the 4th industrial revolution, the show will see automation, IoT and artificial intelligence (AI) unveil technologies which could dictate the global relevance and competitiveness of the region which has manufacturing high on its economic diversification agenda.
“Visitors will get the keenest of insights into the region’s design houses, factories and construction sites of the future,” explained Andreas Rex, Show Director of SPS Automation Middle East, which is organised by Messe Frankfurt Middle East.
“No aspect of the sectors will remain untouched – everything from initial planning, to purchasing, quality control, logistics delivery, manufacturing, design and build will be impacted. This will extend across Aerospace, Food Processing, Pharmaceuticals, Energy & Utilities, Building Automation, Oil & Gas, and FMCG industries.
“The scale of disruption may on first sight appear bewildering, yet it holds immense opportunities for retooling, retraining and adaptation which could ensure the region takes a major leap forward in its manufacturing and smart city development ambitions. This is a show where tomorrow really is calling.”
Given the broad range of sectors to be impacted, SPS Automation Middle East covers 14 product groups so visitors can speedily reach their areas of interest.
The groups cover drive systems and components; mechanical infrastructure; sensor technology; control technology; IPCs; software & IT in manufacturing; interface technology and power supplies; low voltage switching devices; human-machine interface devices; industrial communication; building automation; future factory system integrators as well as training and consulting.
The show’s profile includes some of the world’s biggest digital and automation names from the USA, Europe, the Middle East and Sub-continent. “These are the guys in the vanguard of making Manufacturing 4.0 a reality,” explained Rex.
Italian industrial automation software provider PROGEA plans to use the show for the release of its SCADA Movicon.NExT™ enterprise-wide information software with ground-breaking features such as Augmented Reality through wearable devices. Spokesperson Sergio Somaschini, the Export Manager of PROGEA said the Middle East is ready for manufacturing advancement with huge business potential ensuing.
“Over the past few years we have noticed that Industry 4.0 concepts are evolving in the Middle East and industries are acquiring them. We hope to meet new business opportunities and potential partners such as OEM, System Integrators and infrastructure manufacturers with whom we would like to establish commercial relationships,” he said.
Germany’s SICK Sensor Intelligence says they will live demo 2D & 3D vision, safety scanner and LiDAR sensors at the show. The Market Product Manager Vikrant Kulkarni said the sensor technology will form the cornerstone of the region’s Manufacturing 4.0 progress.
“Simply put, without sensor technology, there would be no Industry 4.0. In contrast to conventional, non-networked sensors, Industry 4.0 sensors deliver more than just measurement data. Their integrated decentralised computing power and flexible programmability are important characteristics for making production more flexible, dynamic, and efficient,” he said.
“Sensors no longer just ‘sense’. With the beginnings of digitisation, they are also starting to ‘think’. From this point onwards, the transmission of the produced information becomes a key technology. The success of networked value creation chains is heavily dependent on the successful integration of sensors in the overall architecture of an application.”
SPS Automation Middle East will also feature one of the most expansive knowledge forums seen at a regional trade show. The SPS Automation Middle East Conference will include 28 sessions and more than 30 expert speakers who will provide over 20 hours of intense learning.
“The range of technology coming down the line and the depth of the sectors it impacts is so diverse, knowledge is going to be key to its adoption and implementation,” explained Rex. “The conference is essential to all serious about moving into the new manufacturing and digital build era.”
Messe Frankfurt Middle East says SPS Automation Middle East will aid the ambitions of a region where digital transformation is being prioritised for industry growth aimed at more sustainable development.
“The region has ambitious industrialisation targets,” added Rex.
“Egypt wants manufacturing to account for 21 percent of its GDP by 2020; the UAE is targeting 25 percent and Jordan 27 percent by 2025 while Saudi Arabia has established a National Industrial Development and Logistics Programme to pursue its goal of becoming a global industry leader. Against that upbeat background, this is the right show very much at the right time.”