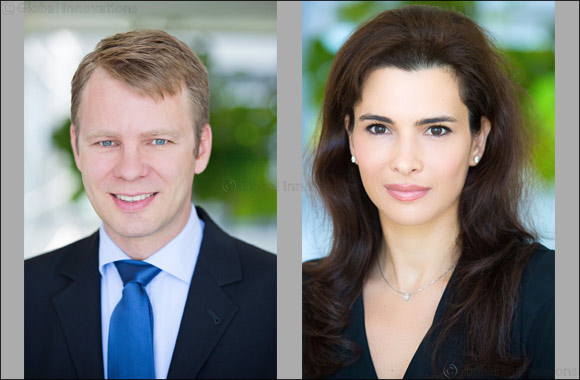 Share Home >> Banking & Investments
The GCC region performed well compared to the rest of the world, most notably in the area of income, BCG’s latest SEDA global report reveals.
Dubai, September 19, 2019 — The Gulf Cooperation Council (GCC) region has emerged as a global leader in several SEDA dimensions, according to a new report compiled by Boston Global Consulting Group (BCG), titled Measure Well-Being to Improve It: The 2019 Sustainable Economic Development Assessment. Coordinated and prudent macroeconomic policies have underpinned the GCC’s steady economic growth – particularly in terms of income.
The new research, based on BCG’s proprietary Sustainable Economic Development Assessment (SEDA), a comprehensive diagnostic tool that assesses the relative well-being of countries, reveals that countries that lead in generating well-being for their citizens tend to post faster economic growth and recover more quickly from recession. Despite global volatility, GCC countries’ economy has grown at a consistent pace with improvements recorded in income, employment, and infrastructure in the last 12 years from 2008 to 2019.
“At BCG, we believe that sustainable economic growth and improved well-being should be correlating aspects of any future-facing national agenda,” said Dr. Alexander Tuerpitz, Managing Director & Senior Partner at BCG Middle East. “Through the analysis of 12-years of SEDA scores, turning prosperity into citizen wellbeing is proving to be an effective motivation for leading governments to lift the quality of life for citizens and pave a way forward for both social and economic futures.”
However, the Gulf States underperformed in the areas of environment and economic stability by global standards in 2019. Looking at the change in current SEDA level score over the last 12 years, the GCC has lagged behind in relative progress to the rest of the world in the sustainability category, which encompasses equality, civil society, governance, and environment.
Over the same period, the GCC made stronger progress compared to global counterparts in employment, education, and infrastructure. Between 2008 and 2019, BCG’s SEDA report noted the GCC’s performance was “Better and Improving” across the infrastructure, employment, and education dimensions. To accelerate growth from current levels, the region needs further and sustained well-being agenda, while maintaining solid economic policies.
“The GCC has enhanced its SEDA scores through the advancement of several key dimensions. This reflects a promising shift towards converting prosperity into well-being that benefits all,” said Dr. Leila Hoteit, Managing Director & Senior Partner at BCG Middle East. “Overall, governments of GCC states can proffer from placing emphasis on improving more well-being dimensions to raise the standard of living as well as instill economic resilience in the years ahead.”
The findings from BCG’s global 2019 SEDA analysis denote that there is a much stronger correlation between social equality and well-being than between income equality and well-being. The analysis also finds that people in countries with relatively high levels of social equality tend to have high levels of happiness, as is the case in the UAE. The research is based on BCG’s proprietary  Sustainable Economic Development Assessment (SEDA), a comprehensive diagnostic tool that assesses the relative well-being of countries.