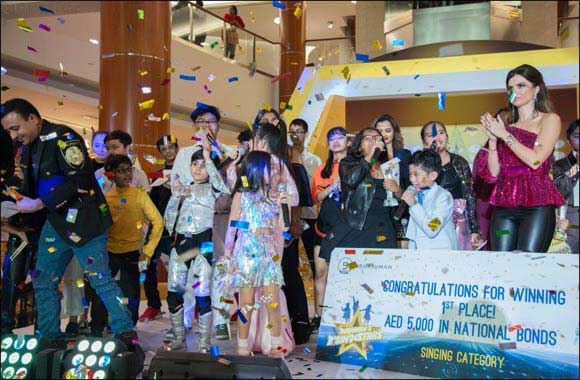 Prizes totalling more than AEDs 25,000 were awarded to winners

Dubai, UAE, 24 September 2019:   BurJuman's second Rising Stars competition came to a spectacular close on Friday, 20 September 2019 with a night filled with incredible performances that truly lit up the stage. At the end of the evening, wowed by the overall calibre of the finalists, difficult decisions had to be made, and the winners were announced.

Pranav Prakasan, aged 16, was awarded first place under the dance category for his performance, while Peter Anthony, aged 8, won first prize in singing. Floored by Ruben Wayne’s fantastic drumming, judges crowned the 11-year old champion under 'others'. Six other rising talents were also awarded prizes across the three categories.

The competition this year witnessed immense talents as more than 200 children between the ages of 4 to 16 years demonstrated their capabilities on stage.

The grand finale also welcomed Nyla Usha, the multi-talented Indian Actress, RJ and model, who joined the judges in congratulating and awarding the young stars.