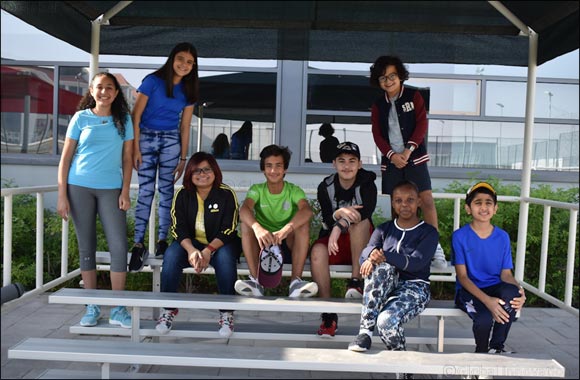 Share Home >> Education & Training
• A groundbreaking edutainment format in partnership with Nikon
• Produced locally and directed by acclaimed Emirati director Omar Butti
• First of-a-kind Arabic reality TV series for children 7-13 years
• Airing now at 5:00pm UAE time/4:00pm KSA time
Abu Dhabi, UAE October 1, 2019:  National Geographic Abu Dhabi, announced today the release of National Geographic Kids Abu Dhabi ‘Fel Sora’ - the region’s first Arabic-language reality TV series for children 7-13 years.
The groundbreaking National Geographic Kids Abu Dhabi series is in partnership with Nikon, as both parties thought it was the most natural progression and expansion of “I am a Nat Geo Photographer” series, that they have closely developed together over the years.
With National Geographic Kids Abu Dhabi, the platform was now available to bring to life in a reality based fun and exciting manner what Nikon photography schools have been doing in the region for many years: working to stimulate children’s creativity, learning and communication skills in the field of photography with the aim to ignite children’s curiosity of the world around them.
Emirati Creative Force Omar Butti directs the six-episode series, which is produced locally. Viewers follow and get immersed in the journey of seven young Arab photographers, from different nationalities, as they compete for the Best Photographer title.  Each 22-minute episode pushes the contestants to take on a new challenge in various locations across Dubai.
With an equal focus on education and entertainment, the Fel Sora series balances the theoretical and practical aspects of photography.  Contestants benefited tremendously from the opportunity to learn and be mentored by Nikon School’s teachers in the UAE as well as partner judges.
Winners are announced in the final episode, based on the cumulative points they earn from all their challenges.  As part of the partnership between National Geographic Abu Dhabi and Nikon, Fel Sora’s Grand Prize is offered by Nikon and features advanced camera equipment, which is designed to inspire the young winners in exploring their skills and to help them nurture their passion for photography.
National Geo Kids Abu Dhabi, launched in November 2017, has become the most popular channel amongst children in the region today and a highly trusted source of content and engaging experiences for children.
Fel Sora is the latest example of the factual entertainment format of the channel which features locally produced programs tailored to the region’s audiences.
The show will air daily on Nat Geo Kids Abu Dhabi at 5:00 pm UAE time/4:00 pm KSA time.
The episodes will also air simultaneously on National Geographic Kids Abu Dhabi YouTube channel.