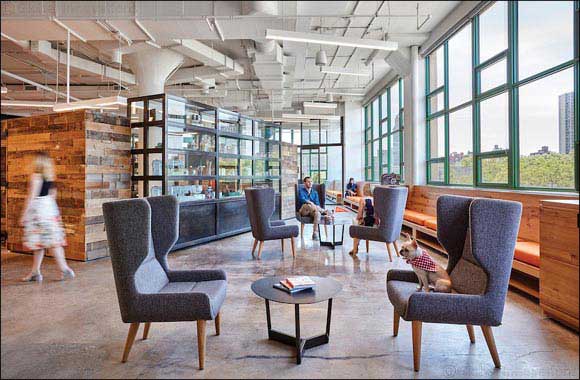 Share Home >> Home, Furniture and Interiors
• Further accelerates global growth of the naughtone brand
• Increases Herman Miller’s collaborative and ancillary product offerings
United Arab Emirates, - October 30, 2019:  Herman Miller, Inc. (NASDAQ: MLHR), the global designer and furniture manufacturer, announced today it has acquired the remaining shares of contemporary British furniture designer naughtone for approximately $46.1 million. Solidifying its ownership of naughtone directly aligns with Herman Miller’s strategic priority to accelerate profitable growth.
Herman Miller partnered with naughtone in 2016 by acquiring a 50 percent stake in the company to help enhance its global offering in ancillary and collaborative furnishings, an area in which Herman Miller saw significant growth potential. As a result of this partnership, naughtone has generated average annual sales growth of 35 percent over the past three years. This partnership has helped Herman Miller expand its product design and development capabilities, fueling 11 new product launches and leading to numerous design and innovation awards.
'naughtone has been a vital strategic partner in growing Herman Miller Group’s ancillary product offering,' said Andi Owen, Herman Miller President and CEO. 'I’m so proud of our shared values, as well the modern aesthetic and contemporary British design they bring to our family of brands.'
Based in Harrogate, North Yorkshire, naughtone was founded in 2005 and has grown rapidly in the collaborative furniture market under the leadership of Matt Welsh, Kieron Bakewell and Mark Hammond. Known for contemporary design and high-quality manufacturing, particularly in upholstery, naughtone’s innovative products such as the Always chair range, the Polly chair, and the Viv chair are used by clients around the world, including some of the biggest brands in commerce and culture.
'Our partnership with Herman Miller has helped us significantly grow our global market presence, especially in North America,' said naughtone Vice President of Sales Matt Welsh. 'This expanded relationship sets us up for continued success, and we look forward to working together in this new capacity to achieve great results.'
naughtone was recently recognized as one of the Telegraph’s Fastest Growing British Exports, and its products have been nominated for and received numerous design awards over the past several years, including the Queen's Award for Enterprise.
“Herman Miller has a remarkable legacy of design and innovation,' said Vice President of Creative Kieron Bakewell. 'Being part of Herman Miller Group is a huge honor for naughtone and gives us even greater ambition and confidence in our own product plans.”
Herman Miller expects to consolidate naughtone’s operating results following the closing date of this transaction. Net sales for naughtone’s most recent fiscal year that ended in May 2019 totaled approximately $37 million. Excluding potential one-time purchase accounting adjustments, this transaction is expected to have an incremental $0.01 to $0.03 accretive impact on earnings per share in the remaining seven months of fiscal 2020.