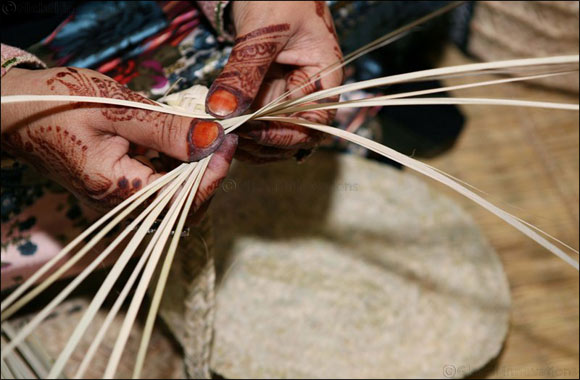 Abu Dhabi, 12 December 2019: The palm tree has been added to UNESCO’s Representative List of Intangible Cultural Heritage after the Department of Culture and Tourism – Abu Dhabi (DCT Abu Dhabi) led moves for its inclusion.

The decision to inscribe the palm tree into the list was made at the 14th annual meeting of the UNESCO Intergovernmental Committee for the Safeguarding of the Intangible Cultural Heritage, held in Bogotá, Colombia from 9 – 14 December 2019.

This step is part of DCT Abu Dhabi’s strategy to safeguard and promote the UAE’s heritage through UNESCO, the world’s leading sponsor of shared human culture and heritage.

HE Noura bint Mohammed Al Kaabi, Minister of Culture and Knowledge Development, thanked all the Arab countries that worked alongside the UAE on the joint file for registering the palm tree on UNESCO Representative List of Intangible Cultural Heritage. She said it reflected Arab cultural unity and encouraged further collaboration to register more cultural and historical elements to safeguard them for future generations.

“People in the Arab region have a long historical relationship with the palm tree, which forms an integral part of our traditions and heritage spanning thousands of years,” said HE Al Kaabi. “Our forefathers relied on this tree to make their livings and secure their survival, and today we are proud of its transformation into a global symbol of unity and solidarity between our countries’ culture, traditions and beliefs.

“We look forward to working with our partners locally and regionally to raise awareness about the importance of this tree as well as our shared culture and history and our work to preserve it.”

The inscription of the palm tree on the UNESCO list is a qualitative addition to the UAE’s dedicated efforts to preserve its heritage and promote it internationally in collaboration with UNESCO. In recent years, the UAE has succeeded in inscribing eight elements of its national heritage on the list, and is considered among the countries most committed to honouring the World Heritage Convention, of which the list is an extension. The UAE has also led the submission of several joint files with other countries, thus enhancing international efforts to keep the heritage element alive.

“For generations, palm trees have been a vital and authentic element in the heritage of Arab culture, and it is seen as a symbol of generosity on which many of our cultural values are based,” said HE Mohamed Khalifa Al Mubarak, Chairman of DCT Abu Dhabi. “By inscribing it into the UNESCO Representative List of Intangible Cultural Heritage, we now have indisputable international recognition of the palm tree’s distinguished position in our culture, which also reflects our efforts to preserve the traditions and heritage that exemplify our universally celebrated values.

“We were honoured to lead the efforts and coordinate between Arab countries to inscribe the palm tree on UNESCO’s Representative List of Intangible Cultural Heritage, and prepare the nomination file in collaboration with ALECSO to meet the criteria, giving the palm tree the place it deserves among important Arab heritage elements.

“The palm tree has important historical significance, as it was used by our ancestors as a primary food source, entailing several agricultural practices, in addition to being used in handicrafts, with many customs and beliefs associated with it that live on to this day.

“The palm tree’s inscription is a continuation of the collaboration between the UAE and UNESCO, underlining our strong commitment to safeguarding national heritage as an element of the culture of the Emirati people, especially as such an honour entails practical steps to safeguard such inscribed elements using modern methods, thus ensuring their preservation and promotion of their intangible significance,” added HE Al Mubarak.

“Furthermore, the palm tree’s inscription as a shared element between 14 Arab states is testament to the importance of Arab cultural heritage, especially as the palm tree is a symbol of authenticity and generosity in all Arab countries.”

One of the mandates of DCT Abu Dhabi is to preserve and promote the heritage of the UAE through collaboration with stakeholders and partners, thus ensuring that it is recognised and preserved for current and future generations.

Recycle Your Jeans at American Eagle

MoHAP Launches the First National Project for the Smart Connectivity between Amb ...

Minister of Health meets Saudi and Kuwaiti Ministers of Health