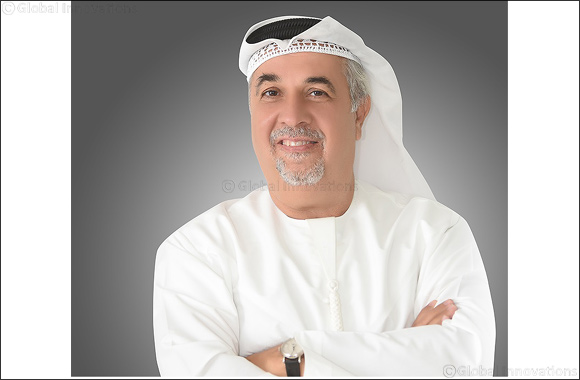 Share Home >> Lifestyle
• Dubai Gold & Jewellery Group gave away more than 3000 special “Dubai City of Gold” commemorative coins during the campaign for 25th Dubai Shopping Festival
• Participating jewellery retailers marked an incremental sale despite several challenges
Dubai; February 11, 2020:  Celebrating 25 years of City of Gold, Dubai Gold and Jewellery Group has successfully concluded this year’s Dubai Shopping Festival (DSF), with over 200 winners and 4 million worth special edition coins. The five weeks of promotions aimed at elevating shoppers' experience, offered deals that brought value to both residents and tourists alike. Surprising shopper’s with 75 coins every day, Dubai Gold & Jewellery Group’s (DGJG) promotions for jewellery shoppers was certainly the standout campaign of this retail event.
The buying trend this year recorded that 22-karat gold and diamond jewellery as usually was the popular choice amongst the Asian buyers, Europeans and millennial buyers showed more interest in 18 karat gold jewellery that adorned modern designs. Overall, the participating retail outlets marked incremental sales of 10-15% throughout the DSF period despite of the geopolitical tension and spread of life-threatening coronavirus, which effected the tourist inflow in Dubai.
Tawhid Abdullah, Chairman, Dubai Gold & Jewellery Group (DGJG) said “Our campaign for the 25th year of DSF was a well-thought initiative and I am happy that we have concluded another successful promotion for the biggest shopping festival. There were some unforeseen factors that did effect the overall sales during the second half of the shopping festival, but in spite of the challenges, the end results are appreciable. Our campaign maintained continuous momentum in the retail jewellery segment and this has translated into an increase in the average value per transaction compared with what it was during the previous three months. A lot of tourists from the Asian subcontinent, Arab world, and Europe were among the buyers, which is a very encouraging sign. We will continue to come up with innovative campaigns to keep rewarding the jewellery shoppers of city of gold.”
Dubai Gold and jewellery industry is one of the very few industries that unite under one umbrella to offer such grand promotions consistently for the past 25 years. The group has given away a total of 950 kilograms of gold over the last 25 years, more than any other establishment in the world.
Chandu Siroya, Vice-Chairman, Dubai Gold & Jewellery Group said “As a group we understand that certain factors are not controllable. Due to the steady increase in gold price, unstable weather conditions, Iran-US tension and reduction in tourist inflow due to various reasons, the jewellery sales witnessed a dip midway through the campaign. However, the total sales recorded at the end of the campaign is very promising.  Even though gold price showed an upward trend through the last few weeks of the campaign, retail sales could maintain reasonable momentum due to the impressive and valuable prizes offered.”
The last draw for this season was conducted by DGJG on the 2nd of February and it was graced by Mr. Fattallah Abdullah Fattallah (Manager, DED), and other board members of Dubai Gold & Jewellery Group.

Maserati MC20: The Name of the New Super Sports Car of the Trident Brand is Ann ...

MC20: The Name of the New Maserati Super Sports Car Climbs Aboard the Maserati ...

‘Be Inspired' This Season With JYSK's Latest Collection

Sephora: Are You Ready to Join the #SephoraSquad?

Make Her Feel Special with Indulgent Gifts for Mother's Day

Take Your Taste Buds on an Exciting Journey With Foodie Experiences During Dubai ...