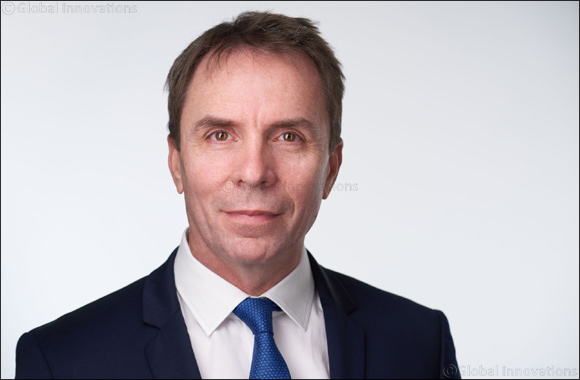 Share Home >> Events & Exhibitions
• CEO bullish about prospects for low-cost carrier during ATM Virtual interview
• Forecast based on Wizz Air growth in EU over past 15 years
Dubai, United Arab Emirates, June 04, 2020:  During an interview with aviation industry consultant John Strickland, during ATM Virtual, Wizz Air CEO, Joszef Varadi, confirmed his ambitions for the low-cost carrier’s impending move to operate out of Abu Dhabi.
“If you look at what we’ve been able to achieve in the EU, we managed to grow our fleet to 100 aircraft over the last 15 years and we should be able to do the same thing in Abu Dhabi.”
Expanding on his forecast, he added, “You should be looking at our platform, not necessarily just Abu Dhabi, we want to serve the UAE and possibly the broader GCC markets.”
Celebrating its 16th anniversary, Wizz Air employs more than 4,500 people and flew 40 million passengers, to 151 airports in 44 countries, on 710 routes last year. It has a young fleet of 120 Airbus aircraft with an option to buy a further 20 Airbus A321XLR aircraft, the most cost-efficient aircraft of its type.
Varadi went to talk about the current situation and the desire to travel, versus the ability to travel. He claimed that his customers were motivated to travel especially younger customers, who generally are more adventurous and less affected by the pandemic.
However, the inconsistent response from different governments to the COVID-19 situation was not supporting the industry and that a framework of regulations was needed, to enable aviation to recover.
“Airports did well after 9/11 introducing heightened security measures and we need similar measures regarding health and safety. While airports and airlines are quiet it is easier to practice social distancing, but not when we start to become busier,” he said.
Regarding onboard health and safety, Varadi believes the industry is stepping up. But measures such as simply blocking the middle seat, or implementing onboard distancing, is impractical and will not work.
“There is no scientific evidence to suggest any passengers have contracted the virus while flying. In fact, the air filtration onboard aircraft is comparable with an intensive care unit,” he said.
He also made an interesting comparison.
“Why is going to the restaurant, or the supermarket, safer than boarding an aircraft, when we can manage and trace our passengers more easily?
“However, I do support wearing masks, hand sanitising, disinfecting and reducing the amount of high touch points such as cash payments for onboard catering and inflight magazines,” he said.
According to Strickland, Wizz Air has funding totalling 1.5 billion euros and current ‘operating’ expenses of 90 million euros per month during the summer and 70 million euros per month during the winter, which compares favourably with Lufthansa which is burning through one million euros per hour!
When asked about surviving the current coronavirus crisis, Varadi had a typically upbeat message. “It’s all about liquidity and what that provides to your business. If we do not fly a single passenger for the next 24 months we will still be in business, so we are well positioned to take advantage of the situation,” he said.
Coming out of the crisis, Varadi believes that the ensuing recession will also create greater challenges for the industry than the outbreak itself. Short-haul, low-cost carriers such as Wizz Air will be better placed to recover initially, because the lowest costs prevail. Some passengers will also look to downgrade from legacy carriers to save money.
In terms of corporate travel, companies will look to reduce their expenses post COVID-19, so corporate travel will take longer to recover. But he believes that would also be of benefit to Wizz Air, as businesses look for more cost-effective flights.
The aviation industry has been a recurring theme throughout the three-day virtual event and included an interview with aviation industry veteran Sir Tim Clark, President of Emirates Airline with respected aviation expert John Strickland, Director of JLS Consulting during the opening session, where he outlined the company’s response to COVID-19 and its impact on their future strategy.
Also on day one, was the ‘Communicating and Building Confidence Now’ session led by Travel Weekly Executive Editor, Ian Taylor. The panel of global travel leaders provided thought leadership on empathetic communication during a crisis and included Dr. Taleb Rifai, Chairman, International Institute of Peace for Tourism (IIPT) and former Secretary General of the UNWTO; Bernard Dunn, President, Middle East, North Africa and Turkey, Boeing; Gerald Lawless, World Travel and Tourism Council (WTTC) ambassador and Director of ITIC; and Haitham Mattar, CEO, Beyond Tourism.
In addition, a webinar by Cirium, the data intelligence experts, which took place on the final day of the virtual event, showcased the power of analytics in supporting business performance.
The Ministry of Tourism Saudi Arabia and the Italian Tourist Board are both Gold sponsors of ATM Virtual.