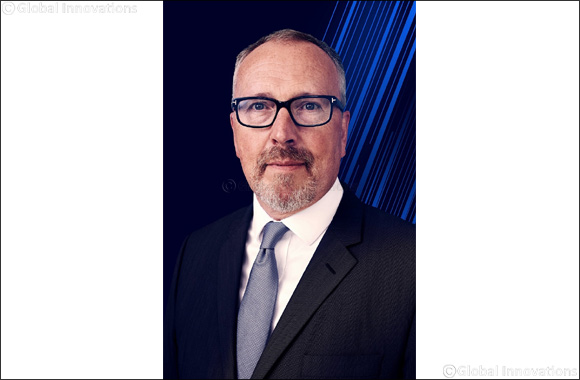 Dubai, United Arab Emirates, June 28, 2020:   The commodity market looks set to finish Q2, or the recovery quarter, with strong gains in energy and metals. Overall, however, the Bloomberg Commodity Index which tracks a basket of key commodity futures has only managed a small return relative to other markets. The reason being is the drag from agriculture commodities, some of which have been weighed down by ample stocks and reduced demand from consumers in lockdown.

However, as we end what has been a very volatile and at times troubling first-half, driven by the worst pandemic-related slump in global growth since WW2, the outlook for the second-half remains somewhat troubling. The pandemic remains out of control in several regions while the renewed surge across the U.S. and the recent scare in Beijing all highlight the risk this invisible enemy is still posing.

More forward-looking assets like equities, some of which have returned to pre-COVID levels, can look beyond the short-term risks and price in a recovery supported by a wall of money from central banks. Commodities do not have this luxury as they are spot assets which depend on supply and demand. This means that financial investors can control the price for a certain period of time but if the underlying fundamentals fail to catch up a reversal often happens.
Some commodities, such as crude oil and fuel products, have now reached levels where the price may need support from continued improvement in underlying fundamentals to run higher. However, with virus cases continuing to rise some concerns may emerge that could limit the upside.

Natural gas hit a 25-year low after the Energy Information Administration (EIA) reported a bigger-than-expected weekly jump in U.S. inventories. Some of the dynamics that have driven the recent weakness are similar to those that drove crude oil prices sharply lower back in March. Global gas prices have slumped in recent months on a combination of a mild winter leaving too much gas in storage ahead of the pandemic which further cut demand from industrial users.
The biggest risk is the potential for stockpiles in underground caverns hitting capacity before winter demand returns to draw stocks back out. If things continue on the current path we are likely to see even lower prices over the coming weeks and ultimately the only cure may end up being forced production cuts similar to what U.S. shale oil producers experienced recently.

Weak global prices as reflected by the benchmarks in Europe (Dutch TTF) and Asia (Japan/Korea) have reduced the ability for exporters to make money when taking transportation and the liquefaction process into account. As a result, U.S. exports have halved since the late-December peak.

Crude oil’s latest run up to the highest levels since March 8 - when Saudi Arabia initiated its short-lived price war - has paused. Instead of focusing on the successful efforts by OPEC+ to support the market through lower supply, the market has instead, for now, turned its attention to risks that a renewed spike in COVID-19 cases may slow the process towards a further recovery in global demand.

Especially in the U.S. where several states, including Texas - the center of the U.S. oil industry - have halted their re-openings after infections jumped and authorities in Houston, Texas, said the ICU wards have reached capacity. In the meantime, U.S. stocks of crude oil continue to surge - reaching a new record of 541 million barrels to which can be added the 19 million barrels that have temporarily been deposited in government-controlled storage facilities.

For that to change much now hinges on the level of gasoline demand during the U.S. summer driving season from July to September. A period during which crude stocks are normally run down as demand from refineries pick up. The latest virus surge may see an even bigger contraction in miles travelled than the 15% year-on-year decline predicted by the American Automobile Association.

The OPEC+ group of producers have been doing a fantastic job in cutting production, highlighted by Russia’s 40% drop in exports from its western ports expected next month. But for the agreement to remain successful, the group also need to see light at the end of the tunnel with regards to when the taps can be turned back on. While we do not expect a repeat of the draconian lockdown measures seen recently, a flare up of new virus cases may further postpone the timing of when production can be raised, thereby potentially challenging the resolve of the group.

We maintain the view, as mentioned in our soon to be published Q3 outlook, that Brent crude oil will most likely trade within a mid-30’s to mid-40’s range during the coming weeks and potentially months.

Gold finally managed to break higher to reach a fresh 8-year high at $1780/oz, thereby getting tantalisingly close to the next key area of contention around $1800/oz. An area that between 2011 and 2012 proved to be a major battle ground and one that the bulls eventually lost when gold began its year-long slump towards $1050/oz.

While gold suffered a setback, it did not challenge support below at $1745/oz. A weekly close above $1765/oz and increased participation on the long side from hedge funds, who had cut longs by 50% in recent months, may send a positive technical signal to the market.

The current outlook remains overwhelmingly gold friendly and that’s also why the metal is likely not to go in a straight line. Instead, it will frustrate and at times challenge the resolve among many traders with short-term trading strategies. Our positive view on gold is, however, well known and in recent updates we have highlighted the reasons for this.

Instead, lets focus on why this past week’s attempt struggled almost as soon as the break had occurred. Silver’s inability to break above $18/oz despite the tailwind from gold helped trigger some weakness across these two metals from sellers of recently establish longs, especially in silver. The gold-silver ratio spiked back above 101 while platinum, another metal that often enjoys gold’s tailwind, saw its discount to gold reach a record $970/oz. In order for the rally to have legs we need to see demand for the minor metals pick up as well.

Copper is an example of a metal that initially suffered only to rally strongly on virus-related developments. The market tanked back in March when the pandemic spread across the world and cut demand. Since then the focus on global stimulus measures, projects and improved demand in top consumer China have supported the price.

More recently the supply side has received increased attention with many mines in South America operating skeleton staff to combat the pandemic.
As a result, the price of High Grade Copper challenged a four-month high on Friday while LME Copper reached the psychological important $6000/t level. Both contracts have now managed to recover more than 75% of the January to March losses with further upside not being ruled out with governments anxiously looking for projects to boost their economies.