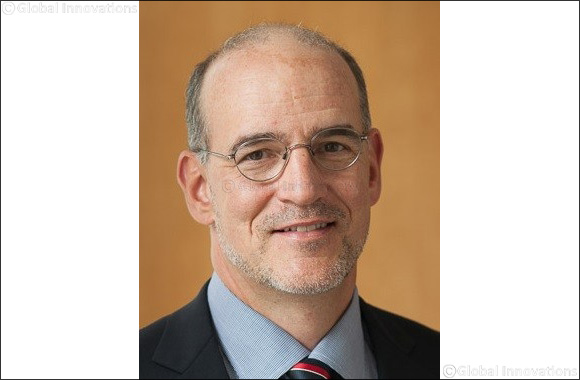 Share Home >> Energy and Industry
A tax on carbon emissions tied to imports would cut profits for foreign suppliers of oil, steel, and other goods with high greenhouse gas footprints but could pose an opportunity for GCC companies to gain a competitive edge, BCG research finds
Dubai, United Arab Emirates, July 08, 2020:   A plan being considered by the European Commission to tax the carbon emissions attributed to imported goods could create competitive advantages for foreign companies with low greenhouse gas footprints--and “serious near-term challenges” for other exporters, adding to financial strain caused by the COVID-19 crisis. The tax could slash the profits generated by imported materials such as oil, flat-rolled steel, and wood pulp by a range of 10% to 65%, and impact both EU and non-EU producers of goods such as chemicals and machinery, according to new research released today by Boston Consulting Group (BCG).
The study, whose findings were described in an article titled “How an EU Carbon Border Tax Could Jolt World Trade,” found that an EU “carbon border tax,” as the measure is commonly known, could also rewrite the terms of competitive advantage in one of the world’s biggest markets. Higher prices for Russian crude oil, for example, could cause European chemical producers to import more from Saudi Arabia, where extraction methods leave a lower carbon footprint, which therefore could be taxed at a lower rate than, in this instance, Russian producers. And steel produced in Chinese or Ukranian mills using blast-furnace technology would become less competitive in the EU against steel from other countries made in more carbon-efficient mills.
The details and timing of the policy are still to be determined and must be approved by legislators. But the study contends that some sort of carbon-pricing mechanism is likely to imposed on imports—and companies should prepare.
“GCC oil producers have an opportunity to gain market share in the EU market as their fuels will be less taxed compared to many other fuel importers which could ultimately influence EU players’ sourcing decisions and trading relationships,” said Michael McAdoo, Partner and Associate Director, BCG Middle East. “It is prudent however, for GCC companies to manage their carbon footprints with greater urgency, considering more decarbonization policies.”
A carbon border tax is one of several measures the European Commission is considering as part of the European Green Deal, a bold initiative to cut greenhouse gas emissions in the EU by 50% over the next decade—compared with the current target of 40%—and make Europe the world’s first climate-neutral continent. A carbon tax on imports has strong support among the European Commission, environmentalists, and many European manufacturers, which have been paying for carbon emissions since 2005 under the EU’s Emission Trading System (ETS) and demand a more level playing field against imports, especially from nations with more lax environmental standards.
As per BCG’s findings, a carbon border tax would alter the competitive dynamics of crude oil alone, with efficient oil producers such as Saudi Arabia potentially paying between 30-50 percent less in carbon tax than countries such as Russia and Iraq. Despite an EU carbon tax affecting all imports, 25% of the EU's carbon footprint comes from imported goods not covered by existing emissions pricing mechanisms. The tax implication is less severe to importers with relatively lower greenhouse gas emissions, such as Saudi Arabia’s crude production relative to Russia.
“To capitalize on such scenarios, the onus is on regional CEOs to formulate and implement new strategies that will drive emission reduction across their operations and ensure they are well-positioned to reap the rewards of having competitive advantages,” said Cristiano Rizzi, Managing Director and Partner, BCG. “Middle Eastern oil producers could consider a more structural advantage through new low emission alternatives. Furthermore, CEOs should first examine all sectors that stand to be impacted by an EU carbon tax, such as crude-derived exports and flat-rolled steel. Immediately afterward, they should act accordingly and proactively to ensure they are fully capable of benefitting. Given the uncertainty and unpredictability with the ongoing pandemic, every opportunity must be taken advantage of to ensure survival.”
BCG has identified how CEOs can prepare for an EU carbon border tax:
• Measure exposure: Determine the company’s emissions footprint and assess its position relative to its competitors.
• Adopt internal carbon pricing: Use parallel accounting to track the cost of carbon emissions and incorporate carbon costs into decision making.
• Build a playbook: Co-develop plans with key suppliers that have downstream exposure and established options and trigger points for actions as the EU’s policy nears implementation.
• Navigate and shape policy: Stay abreast of policy developments and shape a fair low-carbon economy.