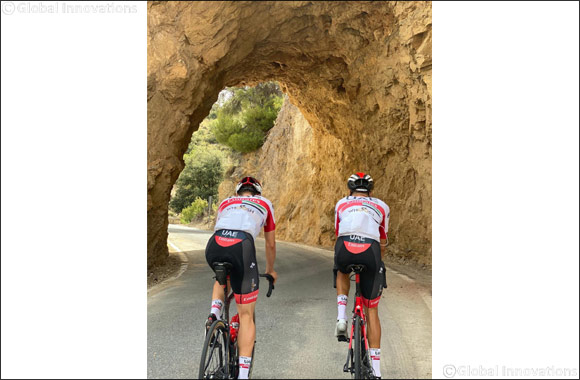 UAE Team Emirates Return to Racing at the Vuelta Burgos

Share Home >> Entertainment
Dubai, United Arab Emirates, July 26, 2020:   UAE Team Emirates will face their first big test of the revised 2020 season since the UAE Tour four months ago with the team heading to Spain for the Vuelta Burgos (2.Pro) which runs from 28 July – 1 August.
The race will be the first stage race of the ProSeries after the suspension of cycling in March due to the Covid-19 pandemic. There are opportunities for the team’s climbers and sprinters over the five day event, with stages three and five likely to be the most decisive for the general classification.
The team goes into the race with a well-balanced squad enabling them to be competitive during each stage, as well as the GC. Fernando Gaviria will be the team’s fastman in the sprints while Fabio Aru and David De la Cruz will look to test their legs in the mountains.
Team Manager Joxean Matxin Fernandez (Spa) and Sports Directors Neil Stephens (Aus) and Aurelio Corral (Spa) will lead the following 7 riders:
Fabio Aru (Ita)
Camilo Ardila (Col)
David De la Cruz (Spa)
Camilo Ardila (Col)
Fernando Gaviria (Col)
Max Richeze (Arg)
Cristian Muñoz (Col)
Neil Stephens (Sports Director) said, “The guys are very excited and keen to get back racing. It’s been a long time coming but the whole team have prepared well during the time at home and we are expecting good things in Burgos. It’s going to be a bit different than normal racing and safety of the riders, staff and wider public is going to be a big focus. The team is very balanced and we hope to feature in the action every day – both in the sprints and on the climbs.”
Fabio Aru said, “We are excited and ready to return to competition in Burgos. In lockdown I had the chance to spend time at home with my young family and am feeling refreshed. It was also a time of hard work – recently I was with the team at altitude in Sestriere where we put in good hours of training. We are all eager to be able to pin a race number on our backs again and be back in the peloton.”