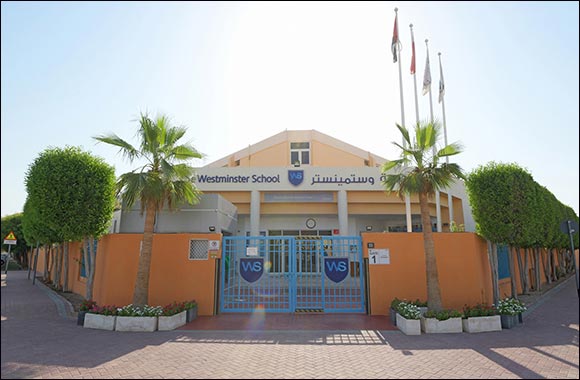 Share Home >> Education & Training
• The Kindergarten Starters reaches 30th anniversary, The Westminster School turns 25 and The Millennium School marks 20 years
• All three schools have delivered successful track records of all-round quality education for their students and communities over the decades
United Arab Emirates,  September 10, 2020:  Principals, teachers and students at three GEMS Education schools in Dubai this week celebrated significant milestones in their schools’ journeys, as The Kindergarten Starters turned 30 years old, The Westminster School enjoyed its 25th anniversary and The Millennium School marked 20 years of operations.
It was an opportunity for all three schools to look back on a combined 75 years of providing the highest quality education to their communities and celebrate their many achievements over the years.
Since first opening its doors three decades ago, The Kindergarten Starters (KGS) has picked up numerous awards and accolades. As recently as last year KGS became the first school in the world to have a UNCC-certified Climate Change Teacher in every one of its 162 classrooms. KGS has also been awarded the DEWA Conservation Award on two occasions, in 2009 and 2013, as well as the prestigious Green Flag Award for the last five years by the Emirates Wildlife Society in conjunction with the World Wildlife Fund.
Asha Alexander, Principal of The Kindergarten Starters and Executive Leader – Climate Change at GEMS Education, said: “As The Kindergarten Starters completes 30 years as an educational institution, we are profoundly grateful for all those who have served and supported the school over the last three decades. The foundations that were laid have enabled us to expand young children’s horizons and provide them with new opportunities as part of a skills- and capabilities-based education that recognises talent, resilience and creativity. We look to the future with confidence to continue to motivate and inspire young minds.”
KGS was awarded the British Council’s International School Award in 2015 in recognition of its effort to collaborate globally to spread awareness and appreciation of global culture. And for five consecutive years from 2013 to 2017, KGS was the recipient of the SEWA Pioneers Award, reflecting the way its students have embraced the need to relieve hardship and poverty, bring joy to others and protect the environment.
Ruchi Mathur, a teacher at KGS who has been with the school for 28 years, said: “My journey at KGS began 28 years ago. Working at the school has taught me that the glory of life lies in giving and taking. KGS has kept my passion for teaching alive and has made me a person who can embrace change with ease. I am proud to be a part of the KGS family.”
The Westminster School (TWS), meanwhile, is planning a full year of celebrations and activities to mark its 25 years. The school has grown to become one of the largest schools to offer the National Curriculum for England in the UAE, with its success best reflected in the seven members of staff who have been with the school since it opened – and the many TWS parents who were once students at the school.
Carl Roberts, Executive Principal/CEO of The Westminster School, said: “In its Silver Jubilee year, I am proud to lead The Westminster School into the next quarter century. I remember feeling the long and rich history of the school the first time I walked through the doors. Whether it’s the honours boards listing student achievements from the past 25 years, the staff members who have been with the school since it opened, or the parents who came here as students themselves, there is something to be said about the TWS traditions that have built up over time.”
Opened at the turn of the century in 2000, The Millennium School (TMS) has also built an excellent reputation over the course of its 20-year history, reflected in the 45 TMS students who have received the Sheikh Hamadan bin Rashid Al Maktoum Award for distinguished academic performance and the Sharjah Award for Excellence in Education.
Academically, TMS has proven its strength, most recently in this year’s CBSE examination results, when a TMS student in Grade 10 became Gulf topper and recorded the second-highest score overall. At the same time, TMS also continues to perform across a variety of sports, sending over 80 students annually to represent the UAE at the CBSE nationals.
Ambika Gulati, Principal of The Millennium School, said: “The school continues to uphold the vision, established by our Founder and Chairman, Mr Sunny Varkey, of TMS being a school that equips students with qualities of heart and mind. We focus on the well- being of our pupils by ensuring they are equipped with skills and tools to learn. I feel privileged to lead such a wonderful school, along with passionate professionals, supportive parents and dependable students.”
Beena Abraham, a Senior School ICT teacher at TMS and who has taught at the school since its inception, said: “The journey at The Millennium School has been an inspiring one. It is with great pride that I have witnessed the growth of this institution. It has made tremendous progress in the last 20 years and I am privileged to be part of one of the best CBSE schools in the UAE.”