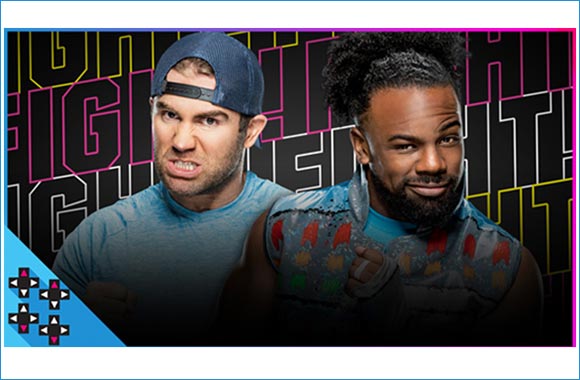 United Arab Emirates,  September 20, 2020:  To coincide with the release of WWE 2K BattleGrounds, two WWE Superstars - Xavier Woods and Tyler Breeze - have been speaking about their love of gaming.

Launched last week, WWE 2K BattleGrounds, which is available on PlayStation, Xbox and PC, features a roster of more than 70 WWE Superstars and Legends.

Woods and Breeze have been competing on various video games for many years, and such is their passion for gaming both men host their own dedicated YouTube channels in relation to the subject.

Woods, part of three-man tag team The New Day, is the host of UpUpDownDown, a gaming-specific YouTube channel which boasts over 2 million subscribers, and he details how his project came to fruition.

“When I got into wrestling at 17 the culture was a certain way and video games weren’t really a large part of the backstage interaction that people had, but it was a huge part of my life and that’s how I communicated a lot with my friends,” explains Woods.

“I started bringing games along and people began playing them, so I thought why don’t we make something out of this? Someone then said I could make a YouTube channel with games, so we went down that route and now, five years later, I get to beat Tyler Breeze up constantly on video games and show the world, so it’s pretty sweet.”

Woods and Breeze are big friends whose competitive gaming rivalry stems from when they used to live with each other.

“Over the course of five years of Woods building his empire, his ego’s got a bit out of control,” says Breeze.