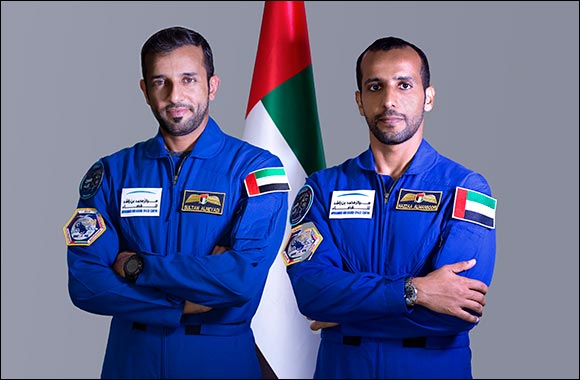 United Arab Emirates,  September 22, 2020:  The Mohammed Bin Rashid Space Centre (MBRSC) and the National Aeronautics and Space Administration (NASA) today announced that they have signed a strategic agreement to train Emirati astronauts in NASA. This partnership aims to prepare Emirati astronauts for advanced space missions by providing them with the highest level of expertise and knowledge.

The programme created as part of the new partnership includes the same modules and components featured in the training of NASA astronauts. Under the programme, the astronauts will be trained to manage various missions on the International Space Station, including simulated spacewalks and long duration stay, along with training in major systems, robotics, extravehicular activity, T-38 jet courses, water and land survival, Russian language skills and theoretical training. The UAE's participation in the NASA training programme reflects the global reputation of the country’s space sector and its leadership among spacefaring nations.

Hazzaa AlMansoori and Sultan AlNeyadi had earlier trained at the Yuri Gagarin Cosmonaut Training Center in Star City, Moscow in September 2018 as part of their preparation for their launch to the International Space Station.

HE Hamad Obaid Al Mansoori, Chairman, Mohammed Bin Rashid Space Centre, said: “The global space sector is based on international cooperation fostered by establishing alliances and building bridges of knowledge with leading international space organisations and agencies. The strategic partnership with NASA, a space pioneer for more than 60 years, supports the strategy of the UAE’s National Space Programme. Emirati astronauts will benefit from NASA’s extensive infrastructure, experience and knowledge in spaceflight development and operations.'

HE Al Mansoori further added: “This agreement is a clear testament of the strong economic, cultural and diplomatic ties between the UAE and the USA. The UAE space sector today has advanced expertise that must be enhanced and utilised for future space missions. These accomplishments have raised the global profile of the UAE space sector and enhanced the capabilities of Emirati astronauts.'

HE Yousuf Hamad Al Shaibani, Director General, MBRSC, said: 'This agreement supports the objectives of the Mohammed bin Rashid Space Centre to promote the Emirates Astronaut Program and global partnerships for the country in the area of manned spaceflight. This is being achieved through investments in specialised space training and other projects related to scientific research and development of space technologies. These initiatives pave the way for future strategic partnerships that can support the growth of the UAE’s space sector.”

HE Al Shaibani added, “The agreement with NASA aims to increase the readiness of Emirati astronauts and prepare them for future long-term space missions. The partnership reflects our endeavours to lay strong foundations for the sector’s continued development.”

“The USA and the UAE enjoy a strong relationship in the space sector, and we are excited to extend that relationship with this agreement. The UAE has made extraordinary progress in the space arena in a short amount of time with the successful launch of the Hope Mars probe, the region’s first interplanetary spacecraft, the latest example of the country’s ambitious space programme,” said James W Morhard, Deputy Administrator, NASA. “This agreement to train Emirati astronauts will pave the way for even closer relations between our two nations creating new opportunities for the UAE to become involved in the International Space Station, Artemis, and other NASA activities.”

The UAE Astronaut Programme is one of the projects managed by the Mohammed Bin Rashid Space Centre and funded by the ICT Fund of the Telecommunications Regulatory Authority (TRA), which aims to support research and development in the ICT sector in the UAE.