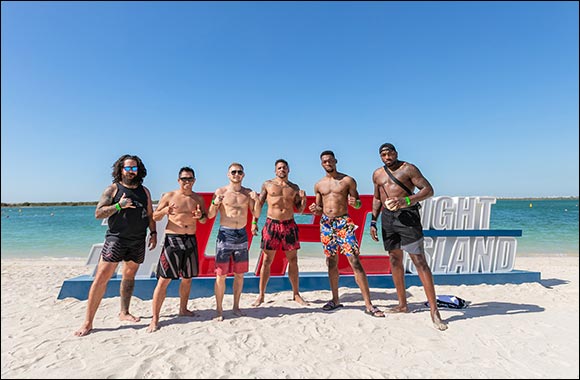 United Arab Emirates,  October 21, 2020:  Some of the world’s best UFC fighters have swapped the gym for the sand ahead of this weekend’s thrilling Return to Fight Island finale in Abu Dhabi, enjoying some downtime on Yas Island’s Yas Beach.

Jared Cannonier, whose middleweight bout against Robert Whittaker is the co-main event of UFC 254: Nurmagomedov vs Gaethje at Flash Forum on Saturday, was one of several fighters taking time out of their fight preparation.

The American fighter took to the iconic Yas Beach Octagon for session in the sun. He was joined on the beach by fellow UFC 254 fighters Lauren Murphy, Casey Kenney and Walt Harris.