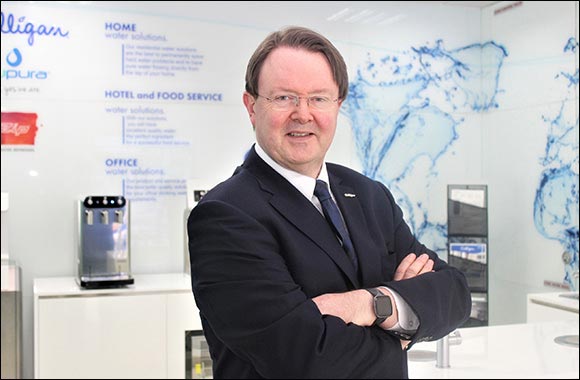 Dubai, UAE, 24 October, 2020:  As more hotels, malls and offices reopen in the Gulf region with the relaxing of Covid-19 restrictions, experts have raised concerns over the level of business and domestic water hygiene safeguards.

Culligan Middle East, one of the region’s water treatment companies, is questioning whether sufficient legionella testing is being carried out as water systems shut down for months are switched on again.

“Our main concern is with domestic water systems, as apartments as well as hotel rooms are being vacated and left empty for a period of time,” says the company’s Dubai-based technical director, Rodger Macfarlane, a vastly experienced chemical engineer.

“The question is, are enough checks being implemented by the entities that are in the process of reopening? Even as an absolute bare minimum, are the water outlets, spray taps and showers, being flushed through before apartments and hotel rooms are reopened? The same question has to be asked for offices and restaurants in malls.”

Adds Macfarlane: “Municipalities in the region don’t appear to be telling business that they have to do anything special, so they’re not. In fact the opposite is the case.

“Cost cutting by some is leading to a reduction in the amount of legionella testing. We would have expected businesses to at least be opting for on-site quick checks for legionella before opening a building and putting a water system online. But none are asking us for extra testing.”

“A full legionella check, meanwhile, is a laboratory process which takes a week just for incubation. So if you’re opening a building, you’re not going to know if your water is safe until seven days after you’ve taken the sample. By then the building could have been open for a few days.”

Macfarlane says the biggest potential sources of legionella in the region - cooling towers and fountains - are well protected. “These are monitored and controlled very closely indeed in terms of legionella - the pass mark is very high,” he said.