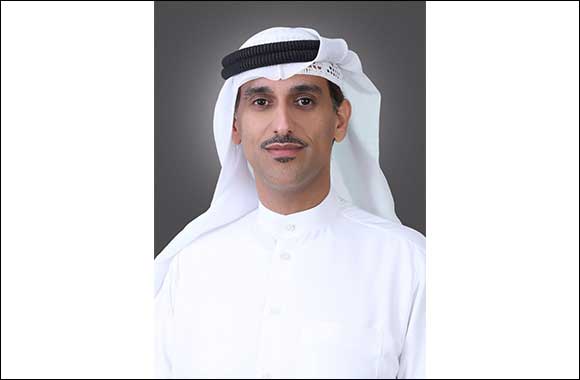 Share Home >> Government, Legal & Humanity
• Saif Al Midfa named members of UFI’s Board of Directors
Sharjah, November 8, 2020:  The UAE has been re-elected for the second consecutive year to serve on the Board of Directors at UFI, The Global Association of the Exhibition Industry following the recent election held in the association’s headquarters in Paris.
This has been announced after H.E. Dr. Saif Mohammed Al Midfa, CEO of Expo Centre Sharjah, has been officially named member of the association for the next three years.
great confidence
“Being re-elected to serve on the UFI’s Board of Directors is yet another testament to the great confidence placed in the UAE’s representatives and is in recognition and appreciation of their efforts made to serve, improve and enhance the competitive edge of the conference industry,” said the CEO of Expo Centre Sharjah.
“It is also in recognition of the pivotal role played by the UAE, Sharjah and Expo Centre Sharjah in particular to promote the leadership of the conference and exhibition industry despite the challenges posed by COVID-19,” Al Midfa added, stressing that he will do his utmost in the UFI to support the conference industry in the MENA region and will strive to find solution to all challenges facing it not only locally but also regionally.
Business interests
He lauded the significant role being played by the UFI, especially to represent, promote and support the business interests of its members and the exhibition industry. “UFI directly represents more than 50,000 exhibition industry employees globally, and also works closely with its 60 national and regional association members. More than 800 member organisations in 83 countries around the world are presently signed up as members. Around 1,000 international trade fairs proudly bear the UFI approved label, a quality guarantee for visitors and exhibitors alike,” Al Midfa said.
Fruitful contributions
Mary Larkin, UFI President and President Diversified Communications USA, congratulated Al Midfa and all elected and re-elected members, stressing that she looks forward to more fruitful contributions that further highlight the important role that the UFI is playing in supporting and representing the exhibition industry globally.
It is worth mentioning that the UAE has made qualitative leaps over the past years in the exhibition industry, something which helped it emerge as a leading regional and global destination for conferences and exhibitions that support the national economy and promote the growth of other sectors such as tourism, hospitality and business sectors.
Therefore, Al Midfa’s selection to comes in appreciation of his efforts, as he has been actively playing a key role in expanding the business horizon and developing the Expo Center Sharjah, which became a member of the Global Association of the Exhibition Industry in 2009. He is currently chairing the Board of Directors of the Arab Union for International Exhibitions and Conferences, AUIEC.