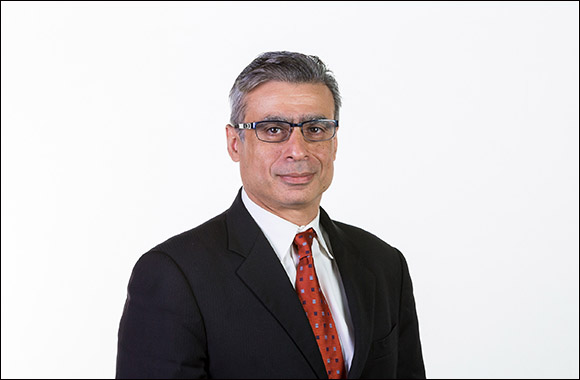 Abu Dhabi, United Arab Emirates, November 10, 2020:  Doctors at Cleveland Clinic Abu Dhabi have successfully removed a massive cancerous tumor growing in the pancreas of a 50-year-old woman after she was turned away from several other hospitals due to the size of the mass.
This aggressive form of cancer has very few symptoms until it is in its advanced stage. The patient began experiencing symptoms, including a loss of appetite and diarrhea that had caused a drop in weight, fatigue, and excessive bloating a year back. The tumor continued to grow, causing an unnatural abdomen bulge that made it difficult for her to sleep or carry out daily chores. When the problem persisted, she got it investigated with a biopsy that confirmed pancreatic adenocarcinoma, a cancer that starts in the ducts of the pancreas.

“The complexity involved in removing a 3.5kg mass meant that the other hospitals she visited found it challenging to handle the surgery. She was finally referred to Cleveland Clinic Abu Dhabi as her best hope,” says Dr. Naveed Ahmed, a surgeon in the Digestive Disease Institute at Cleveland Clinic Abu Dhabi who was part of the multidisciplinary care team involved in the curative procedure to resect all the cancer.
“She was very weak when she arrived at the hospital and her stomach had expanded to an extent that she felt pregnant. This is because the large mass kept growing inside the abdomen and was intimately attached to the major vessels supplying the abdomen, liver and intestine. Another two to three months without treatment and it would have been too late.”

Doctors at the hospital performed a near total pancreatectomy in which a large incision was made in the abdomen to remove most of the pancreas and reconstructed the vessels around it.
“The size did pose a challenge and we had to alter our usual technique of resection to preserve the main vessels that supply the gut. We then removed the cancer completely and reconstructed the vessels around the pancreas,” says Dr. Ahmed.
The patient is now undergoing chemotherapy and will require ongoing medical checks by an oncologist to monitor and prevent a recurrence.
The patient says that she suffered for seven months with the disease. “My life had changed completely. I could not sleep and felt uncomfortable all the time. It was debilitating.”

She says that Cleveland Clinic Abu Dhabi was the only place that gave her hope. “After visiting so many hospitals with no solution, I had almost given up. Cleveland Clinic Abu Dhabi has made my journey so much easier. Everyone was so supportive and knew exactly what to do to make me better. I am so happy and am recovering very well.”
The Digestive Disease Institute, one of the six Centers of Excellence at Cleveland Clinic Abu Dhabi, provides the most advanced level of medical and surgical care for disorders of the gastrointestinal tract, ranging from irritable bowel syndrome to gastrointestinal oncology.
The hospital continues to expand its range of cancer services as it prepares to open its dedicated oncology center. Modelled on Cleveland Clinic’s Taussig Cancer Center in the USA, the facility will provide a full range of advanced treatments in a central location and house support services designed to make patients as comfortable as possible as they receive their care.