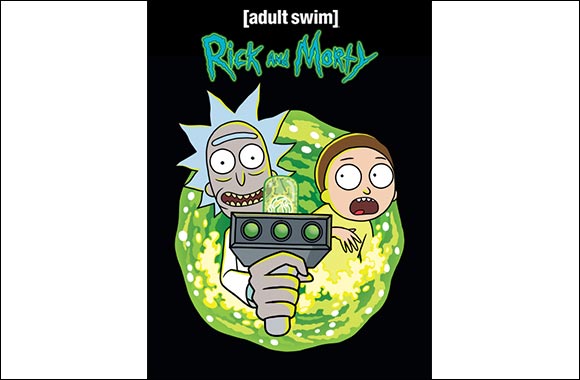 DUBAI, UAE; 28th February 2021: WarnerMedia has partnered with OSN to launch a new pop-up channel on the 25th of February dedicated exclusively to Adult Swim, the #1 destination for young adults in the U.S.A.. Adult Swim’s diverse slate – including global hit original series Rick and Morty, Robot Chicken, Genndy Tartakovsky’s Primal, Samurai Jack, and more – has been streaming on VOD via OSN since November 2020.

Guillermo Farre, Head of General Entertainment channels MENA and Turkey at Warner Media commented: “Adult Swim is a fresh, utterly unique brand that truly connects with its young adult fan base. We are thrilled to launch this new channel which is the first of two Adult Swim channels to be launched in 2021 on OSN that will deliver even more of the content that audiences crave. What’s more, Adult Swim perfectly complements OSN’s best-in-class entertainment offering.”

The pop-up channel will air Adult Swim’s binge-worthy, award-winning animated comedies and action-adventures, from 9pm to 3am (KSA), from 25th of February to 20th of March 2021. It will feature hundreds of episodes, with more episodes of popular shows to be added.

The pop-up channel will stream award-winning half-hour animated hit comedy series Rick and Morty, which follows a sociopathic genius scientist who drags his inherently timid grandson on insanely dangerous adventures across the universe. Also, on the schedule is Robot Chicken, which uses stop-motion animation to bring pop-culture parodies to life in a modern take on the variety/sketch show format. The Emmy Award®-winning series began airing in February 2005 and remains among the top-rated original series on Adult Swim.

Debuting in 2001 in the U.S.A. Adult Swim has a fast-growing footprint across EMEA with a presence in over 40 countries, fast becoming a go-to destination for its unique original animation and live-action programming aimed at young adults.

For nearly 20 years Adult Swim has been steadily building its brand and growing its fan base through a variety of improvised comedy shows with distinct personality, like worldwide super hit animated science fiction Rick and Morty, the #1 comedy series in 2017 and 2019 in the U.S.A..

Adult Swim’s Emmy Award®-winning shows streaming on OSN include global hit Rick and Morty (all four seasons), Robot Chicken (Seasons 5 to 10), Samurai Jack (Seasons 1 to 5), and Genndy Tartakovsky’s Primal (Season 1), as well as The Venture Brothers (Seasons 3 to 6). More shows will be regularly added to the OSN platform.