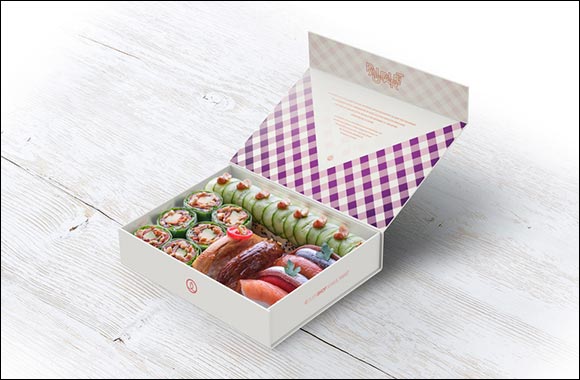 Share Home >> Food Industry
October 19th, 2021, Dubai, United Arab Emirates: Avant-garde and three-star French chef Paul Pairet, crowned the best restaurateur in the world in 2018, invites the residents and visitors of Dubai and Abu Dhabi to discover an offbeat sushi combination with the launch of his exclusive collaboration with SushiArt, the GCC’s franchise of French brand Sushi Shop.
Bonafide sushi lovers in town wanting to try Michelin food experiences now no longer have to wait to treat themselves in the comfort of their own home.
The limited-edition sushi collection is designed around the concept of revisiting picnic classics resulting in a box of explosive flavours. With quirky sushi rolls and a strong common theme, and combinations of tastes that are both simple and popular, sushi lovers will be able to devour Michelin star chef food at home.
Each year, the French franchise brand collaborates with a Michelin Star Chef to bring unique creations to the menu. This year, the culinary expert Paul Pairet has pushed his creative boundaries to serve some delicious and truly innovative styles of sushi.
Priced at AED 175, the box contains 20 pieces of offbeat and irresistible sushi rolls, including –
• Beijing Roll made with lacquered duck, cucumber, peanut butter, hoi sin, peanut saue, rice vinegar, thai chives and sesame. The chef describes this combination as his tribute to China through a highly condensed version of one of his greatest dishes: Peking duck!
• Ablt Spring, one of the chef's favourite creations, based on avocado, beef pastrami, lettuce, tomato, crouton of bread served with its own ABLT sauce. This is one of the chef’s favourite popular combinations.
• Anchovy Sushi-Mozz, can be best described as a marriage between the sweetness of twisted mozzarella, given a new spin by the umami-style depth of double anchovy.
• Baltic Sushi-Mozz, smoked salmon and mozzarella, all garnished with cream cheese, salty soy sauce, olive oil and a dash of lime juice. A truly unexpected but familiar “mock classic” that could have come straight from an afternoon tea at the Connaught.
• Teriyaki Tahini Beef Sushi-Roast, seared beef topped with Greek yogurt, cumin, tahini, orange zest, teriyaki sauce, salty soy sauce and sesame. Inspired by a major classic in the chef’s repertoire, this unique roll has sugary, savoury, sweet, sour, bitter and even umami, all 5 basic flavours and even the sixth in one bite.
• Tuna-Tuna Sushi-Wich, made of tuna, tomato juice, lime juice, Japanese mayonnaise, salty soy sauce, extra virgin olive oil, toasted sandwich bread. Best described as tone-on-tone raw tuna and cooked tuna.
• Catalan Sushi-Wich, which contains anchovies on piquillos and a sandwich bread toasted. A highly flavoursome balance based on the classic Catalan go-to anchovies on piquillos.
• For the sweet touch, Paul Pairet even imagined mango-dill and avocado-Nutella® sushi!
For this collection, Chef Paul Pairet has imagined a range of sushi-mozz and sushi-wich that, as their names suggest, are based on one mozzarella and on toasted bread on the other. His new sushi box, in collaboration with SushiArt, is aimed at putting the flavours of Asia in a place of pride.