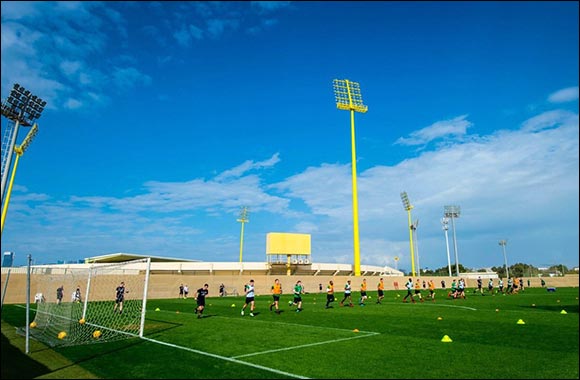 Dubai has attracted a number of European football teams and players this January, with the Emirate’s exceptional sporting infrastructure and tourism facilities, and its beautiful weather, providing them with the perfect base for their winter training camps, as well as an ideal getaway to bond, and to rejuvenate and recuperate.

The 16 football teams camping in Dubai this winter includes a number of European clubs, including English Premier League club Arsenal, who are hoping the break in Dubai will supercharge their bid to finish in the top four.

The impressive collection of clubs and players in Dubai this winter comes as Dubai Sports Council steps up its drive, under the Dubai Destinations initiative, to attract and invite teams and athletes from around the globe to experience Dubai’s excellence as a sport and tourism hub, as well as one the world’s leading cities to live in.

The national football teams of Lebanon and Jordan have also been training in Dubai.
French football star Paul Pogba was also in Dubai, recovering from his injury, and many of his Manchester United teammates are expected to land here in the coming days, along with a number of other English Premier League stars, as the league takes a winter break.


Zip in and Zip out with Nissan's 60-min Express Service

Post Expo 2020: Brazil keeps up the Momentum for Sustainable Opportunities of th ...

Indulge in the World of Refreshing Coffee Concentrates by Intellect

Double Your Productivity with the LG Gram +View

Gifts for Every Occasion with Pandora

Hotpack Grows its Foothold in Morocco, joins Hands with Retail Holding in Region ...