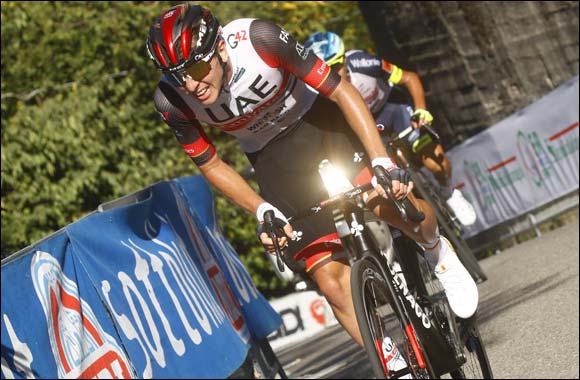 •  Slovenian animates on the climb to San Luca

Tadej Pogačar closes the Giro dell’Emilia in second position, after a 198.7 km race culminating on the 2km brutally hard climb of San Luca in Bologna.

UAE Team Emirates dictated the pace of the peloton for the second half of the race on the first ascents of San Luca.

Thanks to Majka’s great work, a select group took charge less than 20km from the finish.
After the Polish climber, Ulissi and Formolo led Pogačar in preparation for the last two laps of the race.

The last 10km were a dual between the UAE leader and Spaniard Enric Mas (Movistar Team), with the Mas having the better legs in the final and crossing the finish line first, with the Slovenian finishing second.

Pogačar: “The team did a great job today. At the end I gave it my all, but Mas went really fast and I must admit that today he had better legs than mine. In any case, I am happy with this result and with a condition that I hope will lead me to do well in the next races on Wednesday and Saturday at Lombardia ”.