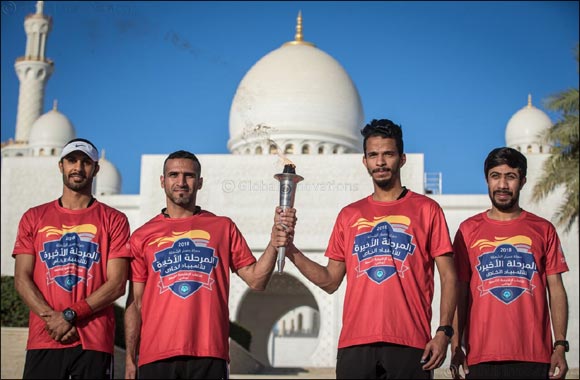 As excitement builds in the closing stages of preparations for the World Games, an additional 22 nations were confirmed to be competing, bringing the total number to a record 192 countries participating in next year’s Abu Dhabi event.

The findings from the first ever study looking at the perceptions of people living in the MENA region towards people of determination were also previewed at the World Games Unified Summit, hosted by the Local Organizing Committee.

It showed high levels of awareness of government disability initiatives across MENA countries, with the UAE leading the way in people’s positive attitudes towards inclusion and the integration of People with Determination.

The Summit marked the beginning of the official 100-day countdown to Special Olympics World Games Abu Dhabi 2019 being held 14–21 March 2019.

The event previewed details of the Host Town Program - the largest cultural exchange in the Middle East - and the Law Enforcement Torch Run.

The 320 athletes that make up the full Special Olympics UAE team were also presented together for the first time at the Summit.

H.E. Mohammed Bin Abdulla Al Junaibi, Chairman of the Higher Committee for Special Olympics World Games Abu Dhabi 2019, said: “Special Olympics World Games Abu Dhabi will be the largest sports and humanitarian event in the world in 2019. It is clear that excitement is building across the UAE, and across the world, as preparations for this major event reach their closing stages.

“Today’s summit was an opportunity to see the depth and breadth of the work going on across the UAE to prepare for the World Games, bringing in partners from across all areas of society to celebrate the sporting achievements of people of determination and deliver our shared vision of a more unified and inclusive society.”

Held at The Westin Abu Dhabi, the full-day Summit covered topics including the 50-year history of Special Olympics and its influence in the MENA region. There was also a preview of the official Special Olympics World Games Abu Dhabi 2019 app, which will feature augmented reality, real time Games information and features to support People of Determination.

A special Q&A session was also run with Donald Hardy, the director of award-winning documentary Pick of the Litter which follows a community of dedicated individuals who train guide dogs to serve the blind. The film is part of the Determined! series showcase running from December 3rd to March 12th in locations across Abu Dhabi and Dubai, organized in partnership with the Embassy of the United States in Abu Dhabi, the U.S. Consulate General in Dubai, Special Olympics World Games 2019 and Cinema Akil. The films feature the many success stories of people of determination to develop greater community awareness of inclusion and tolerance.