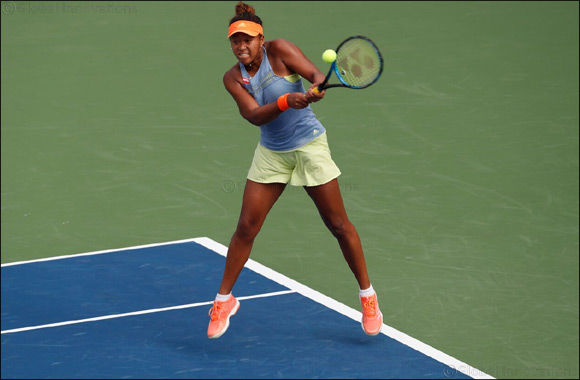 Dubai, UAE, January 22, 2019:  US Open champion Naomi Osaka has set her sights on adding the Dubai Duty Free Tennis Championships title to her list of tournament triumphs next month.

As she moves into the quarter finals in the Australian Open, she will be full of confidence when she returns to the venue that launched her on the path to super stardom. Her run to the 2018 quarter-finals in Dubai proved to be the inspiration she needed to begin her fantastic rise up the rankings. When she competed in Dubai a year ago she was ranked a modest 48, but she impressed everyone with her fighting spirit before defending champion Elina Svitolina ended her run.

In her very next tournament she crushed Simona Halep, giving up just three games against the world No. 1 to reach the final of Indian Wells. And in her next tournament after that she claimed a stunning first round upset of her idol Serena Williams in Miami. The stage was clearly set for more great things to come. Later in the season when she switched to grass she reached the semi-finals in Nottingham and it took eventual champion Angelique Kerber to end her run at Wimbledon.

After winning just one match in three events on the North American hardcourts though few would have expected what happened next, as she shocked the entire tennis world by sweeping all the way to the US Open title, overcoming Serena Williams again in the final.

“I sort of had this feeling of freedom,” she said of her disappointing run leading into New York. “At that point I felt the lowest I could be, so I honestly just wanted to recapture the fun feeling.”

She certainly did that, but the edge was taken off her celebrations as the vocal and partisan crowd voiced its feelings. Many observers were critical of Williams’ behaviour during the match, but the former champion sided with her opponent during the award ceremony and declared that Osaka had fully deserved her victory.

“I have nothing against her or anything. I actually still really love her,” Osaka told Time magazine. “In a perfect dream things would be set exactly the way you would want them. But I think it’s more interesting that in real life things aren’t exactly the way you planned. And there are certain situations that you don’t expect but they come to you, and I think those situations set up things for further ahead.”

They certainly did, as Osaka went on to reach the Tokyo final and the semi-finals in Beijing, before she ended her terrific season at the WTA Finals in Singapore as the world No. 4.

“It is always a great pleasure to see new talent emerge, and we are proud of the part that the Dubai Duty Free Tennis Championships was able to play in her emergence as a world-class star,” said Colm McLoughlin, Executive Vice Chairman and CEO of Dubai Duty Free. “We are delighted to welcome her back and look forward to seeing how well she does this year.”

Tournament Director Salah Tahlak added, “Naomi Osaka was clearly a star in the making when she competed here last year, and it was wonderful to see how well she did during the rest of the season. Now she returns as a serious contender for the title, even though the challenge she faces is formidable.”


Increasing Use of Screen-Time Causing Eye Problems in UAE Students