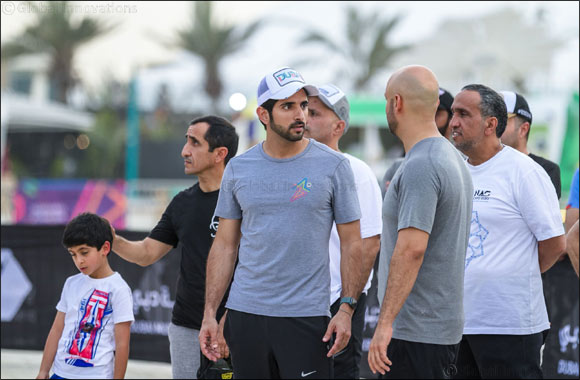 In response to the unprecedented success of the Gov Games, which is organised by the Executive Council of Dubai in partnership with Dubai Sports Council, Sheikh Hamdan has generously increased the total prize fund from AED 2 million to AED 3 million.

In praising the impressive performances, unity, determination and teamwork displayed by 62 female teams, Sheikh Hamdan stressed that the extended prize allocation would reward the honour and integrity of teams that compete up to the last minute of the Games on Saturday.

Aisha Meran, Assistant to the Secretary General of the Strategic Department and Governance Sector of the Executive Council of Dubai, said: “The teamwork spirit of Gov Games came alive today and we thank His Highness Sheikh Hamdan for his wonderful gesture in extending the prize fund. This gesture will further incentivise the women’s and men’s teams to push even harder.”

Marwan Bin Issa, Director of Gov Games, added that spectator attendance demonstrated “the elevation of this year’s Gov Games – and the global reputation of Dubai as a model of excellence in government performance – as teams give their all across the grueling obstacle course.”

Following women’s Heats on Wednesday, the second and third days of Gov Games will see 106 men’s teams take to the obstacle course with six teams progressing to the final on Saturday evening.

Held under the theme of ‘One Team. One Spirit’, Gov Games 2019 Gov Games is supported by a range of sponsors and partners including DEWA, Dubai Municipality, RTA, PCFC, XDubai and Salt Restaurant.