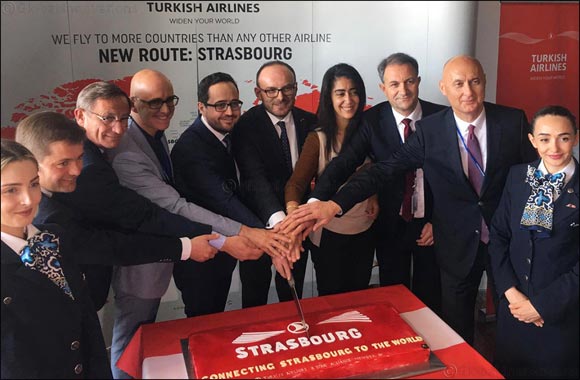 National flag carrier added Strasbourg again to its flight network that covers 124 countries of the world.

Dubai, United Arab Emirates - 09 June 2019:   Turkish Airlines, flying to more countries than any other airline in the world, has launched direct flights again to Strasbourg, starting from May 31st, 2019, as four weekly flights between Istanbul Airport and Strasbourg Entzheim Airport.

Strasbourg is the seventh destination of Turkish Airlines in France and it became the third international destination added to the flight network of the flag carrier this year after Sharjah in United Arab Emirates and Marrakech in Morocco. Turkish Airlines’ Southern Europe Vice President for Sales, Ömer Faruk Sönmez attended the inauguration ceremony held in Strasbourg.