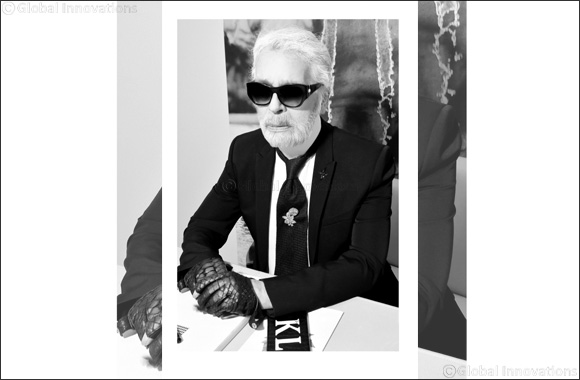 The House of Karl Lagerfeld Announces “A Tribute to Karl”

Curated by Carine Roitfeld, the project will launch during Paris Fashion Week in September and support the “Sauver la Vie” charity initiative for medical research at the Paris Descartes University.

The Maison KARL LAGERFELD is pleased to announce the launch of “A Tribute to Karl: The White Shirt Project,” to celebrate the late creative director’s legacy through one of his most beloved styles: the white shirt. Artists, actors, models, designers and friends of Karl have been invited to create their own version of his iconic white shirt, including Cara Delevingne, Diane Kruger, Kate Moss, Amber  Valletta, Lewis Hamilton, Tommy Hilfiger, Sebastien Jondeau, Alessandro Michele, Takashi Murakami, and more. Carine Roitfeld, creative visionary and a longtime friend of Karl’s, will curate the global project. As Karl once said, “If you ask me what I’d most like to have invented in fashion, I’d say the white shirt. For me, the white shirt is the basis of everything. Everything else comes after.”

Seven of the final designs will be replicated 77 times each and sold for charity at a price of €777 per piece. The number seven was chosen as it was Karl’s lucky number and represented many elements in his life: his favorite arrondissement in Paris (the 7th), and the name of his bookshop and publishing house (7L). All proceeds of the shirt sales will be donated to the French charity “Sauver la Vie,” which funds medical research at the Paris Descartes University and which Karl supported for many years. All of the final shirts will be displayed at an exhibition at the Maison KARL LAGERFELD during Paris Fashion Week in September 2019.

“After Karl’s passing, so many people wanted to share their admiration for Karl and express their emotions,” said Pier Paolo Righi, CEO of KARL LAGERFELD. “The participants in this tribute are all people who Karl knew, who he felt connected to, or who inspired him. Sending a personal message through the creation of an individual bespoke version of Karl’s iconic shirt makes it, for each participant, a very unique and intimate way of relating back to Karl. The tribute is even more meaningful as with this initiative we can support the ‘Sauver la Vie’ charity, which was always very dear to his heart.”

“When I think of Karl’s most iconic designs from his career, I always I think of his white shirts,” said Carine Roitfeld, Style Advisor of KARL LAGERFELD. “This tribute will allow us to honor his legacy while incorporating his unwavering love of fashion and giving back; I can’t imagine a better way for us to celebrate his passion for creativity.” Roitfeld shared a strong relationship with Karl, both professionally and personally. They had collaborated on numerous projects together throughout their careers, and she is entrusted to interpret the inspiring genius and legacy which he has left behind.