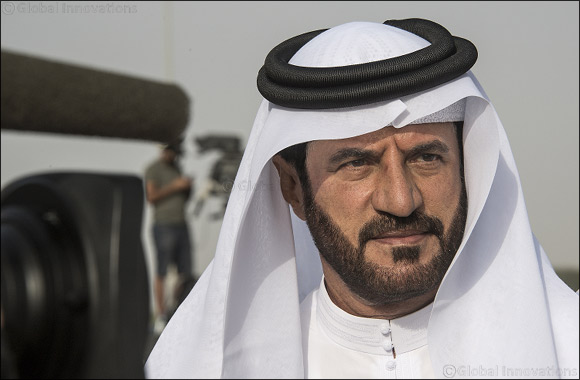 The initiative is designed to reinforce efforts to attract a steady flow of young people into motor sport, which FIA regional Vice President for Sport, Mohammed Ben Sulayem, says is facing a survival issue.

Sulayem, President of the Emirates Motorsports Organization (EMSO), has commissioned a study into the challenge faced by motor sport worldwide to bring in young talent in order to preserve its future.

It will be presented at the congress, to be attended by FIA President Jean Todt and officials from 20 MENA region national motor sport authorities, by Professor David Hassan, one of the world’s leading experts in sport management.

“Drivers are our customers, and if we don’t have a steady stream of young people into our sport not only are we failing in our duty as ASNs (motor sport authorities), but we will go out of business in the future,” said Sulayem “It is a survival issue.”

Professor Hassan, Associate Dean at Ulster University in Norther Ireland, has published 15 books and 175 other scientific outputs, having worked collaboratively with academic researchers from around the globe.

“After many years of discussion on the need to create a regional karting event, it is now a reality and this is a positive step forward,” he said. “The other big development has been the Dakar move to Saudi Arabia which provided a massive lift not only to Saudi motor sport, but to the growth of cross country rallies in MENA.

“We are now the global hub for this popular form of motor sport, and I welcome the investment by the Saudi government into the sport. Hopefully this will encourage other governments to see the value and benefits that motor sport can bring, as we have in the UAE.”

Sulayem paid tribute to FIA President Todt, and to the Oman Automobile Association, hosts of the three-day congress, and the MENA Karting Championship Nations Cup taking place at Muscat Speedway.

“The OAA has been the heart of the whole project and put in months of hard work,” he said. “I thank them on behalf of all the young drivers in the region. And we all thank President Todt in particular for supporting this important new project.”

With more than 80 drivers from 15 MENA countries beginning official practice on Tuesday, the karting championship reaches its climax with Friday’s finals, The new event is designed as a multi-year development project for young drivers who are the region’s future F1 and rally stars.