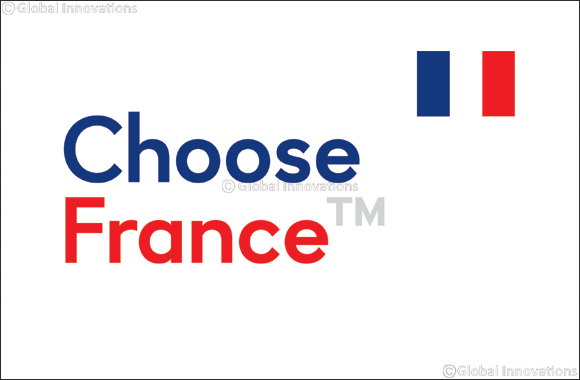 Share Home >> Banking & Investments
Business France announces Record High Investments and Jobs Generated in 2019’s annual Foreign Invest in France Report
o International investment in France last year reached a record high thanks to an annual investment increase of 11 per cent and nearly 40,000 jobs being created or maintained.
o France was the leading European destination for industrial investment projects whereby production and manufacturing activities are the leading contributors to employment.
United Arab Emirates: June 3rd , 2020:   Business France, the national agency supporting the international development of the French economy, has released its Foreign Investment Report for 2019 highlighting how France, has once again become the country to which international investors turn to for international investments, attracting 1,468 new foreign investment decisions in 2019, an 11 per cent increase since 2018. Jobs created or maintained by foreign subsidiary investments also picked up significantly, growing by 30 per cent to 39,542 jobs created and 4,778 jobs maintained in 2019.
Prior to the crisis, France boasted a number of key strengths including growth which was above the euro zone average, more than 500,000 jobs had been created in two years, and business investment was at an all-time high and acted quickly and decisively to safeguard these key strengths. France then attracted 19% of investment projects in the European market. Foreign investment in Europe was mainly focused on business services (42%) and industry (23%); being the leading European destination for industrial investment projects, home to 26% of manufacturing investments. France was also the leading European destination for R&D investment.
The business creation rate reached a new record in 2019 with 815,300 businesses (including 428,900 microenterprises) created in France, 18 per cent more than in 2018. The number of business failures has fallen sharply since July 2016, symbolizing the strength of, and the confidence in, the French economy, as well as the improvement in France’s attractiveness. France’s attractiveness has remained high with 87 per cent of executives abroad (including business leaders from the Middle East) considering France to be attractive, which saw a 13-point increase on 2016, according to Kantar-Business France survey.
In this changing environment, the French economy’s resilience and the “pro-business” reforms that have been undertaken by the French government have strengthened foreign investors’ confidence. However, the outstanding results from the 2019 Annual Report on Foreign Investment have been published in 2020 in unprecedented circumstances, with the global economy now facing the most serious health, social, economic and financial crisis of recent decades.
MIDDLE EAST
In 2019, 8 new job-creating investment decisions were made in France by companies from countries in the Middle East region, creating or maintaining more than 200 jobs. These investments came from the United Arab Emirates (4 projects), Kuwait (2), Saudi Arabia (1) and Lebanon (1). Most of these projects involved production/manufacturing facilities (5 projects; 84 jobs) and logistics (2 projects; 110 jobs). Investments by Middle East countries were made in a variety of different sectors, with 2 projects in the transport/storage sector responsible for more than half of the jobs generated by Middle Eastern investment.
Projects from the region:
o DP World has invested in Le Havre (Normandie region) in the construction and operation of a container terminal through a joint venture with the transport company CMA CGM. This €154 million investment, nearly half of which comes from the investor and the Normandie region, will generate 200 jobs.
o Sahul Group has set up a high-end mobile phone manufacturing site. The initial investment will be approximatively €35 million and should generate around thirty jobs.
o In partnership with the IFP New Energies group, the Saudi company Aramco is investing €2 million in the creation of an R&D centre to strengthen Saudi technological capacities in the petroleum and petrochemical sectors. This €2 million investment will create 10 jobs, with roles comprising mainly engineers and researchers.
o The Kuwaiti leader in logistics, Agility is creating a 26,000 sq. m. multimodal platform in Blotzheim (Grand Est region). This €5 million investment will create 10 jobs in 2020 in addition to the 20 roles that already exist.
Frederic Szabo, Managing Director, Business France Middle East commented: “In the coming years, France will continue to promote investment from foreign businesses across our regions so that they can create jobs, make the most of our talent and participate in the construction of this new French economy.”
Amine Chaehoi, Director Inward Investments, Business France Middle East added: “We are delighted to highlight the contribution made by Middle Eastern companies to the French economy. From an overall perspective, there are currently more than 500 companies from the region established in our country, employing 30,000 personnel for an FDI Stock of €9.7 Billion (Banque de France). We are committed to build bridges between Middle East and France, support business setting up and provide key investment opportunities”.
COVID-19
The substantial and immediate support measures of the French Government helped cushion the shock of the crisis. They were effective, ranging from short-time working, which protected more than 12 million workers, loans guaranteed by the state, which enabled businesses to avoid bankruptcy due to cashflow problems, and help for nearly 2 million businesses from the solidarity fund.
“We have protected the economy; we must now support its recovery. It will be slow and gradual, and it will be particularly difficult for sectors which have been severely weakened by the health crisis, such as tourism, aeronautics, and the automobile. We will protect, support, and revive soon. In the coming years, France will continue to encourage investments by foreign companies in all regions so that they can create value, jobs, develop talent and participate in the construction of this new French economy while benefiting investors”, remarked Frederic Szabo, Managing Director, Business France Middle East.

Mandatory Hallmarking of Gold: It is a Win-Win Deal for Buyers, Sellers

Adidas Launches the Latest Adizero Footwear, Evolving Fast for the Road and the ...

Abu Dhabi Is the First Location Globally to Recieve the First Shipment of the Ne ...

Transform your Home into your Dream Office with Natuzzi's Exquisite Desk Selecti ...

The Very First Glimpse of the New GranTurismo Prototype