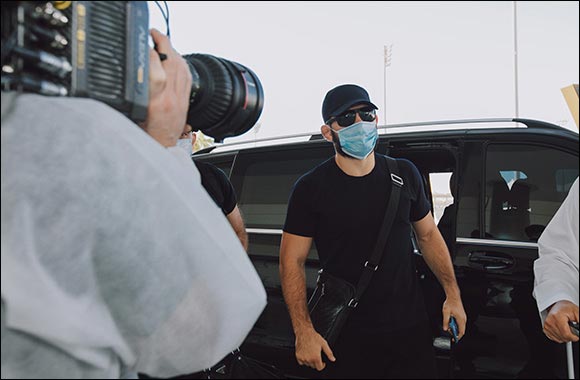 The Eagle has Landed, The Highlight is Shining? Khabib, Gaethje, and UFC 254 Fighters Arrive Ready for Thrilling Finale to Return to Fight Island

United Arab Emirates,  October 20, 2020:  Khabib ‘The Eagle’ Nurmagomedov has landed in Abu Dhabi for his long-awaited return to the Octagon where he will face Justin ‘The Highlight’ Gaethje, the interim champion of the lightweight division.

UFC lightweight champion Khabib has arrived in the safe zone on Yas Island ready to put his unbeaten 28-win record and title on the line against Gaethje. It will be his first Octagon appearance since he defeated Dustin Poirier at UFC 242 in Abu Dhabi back in September 2019. The champion vs champion bout headlines a packed UFC 254 card and provides a fitting finale to a memorable Return to Fight Island.

Saturday’s UFC 254 features 13 bouts at Flash Forum, on Yas Island. The early prelims will start at 6pm, with the main card events getting under way at 10pm.