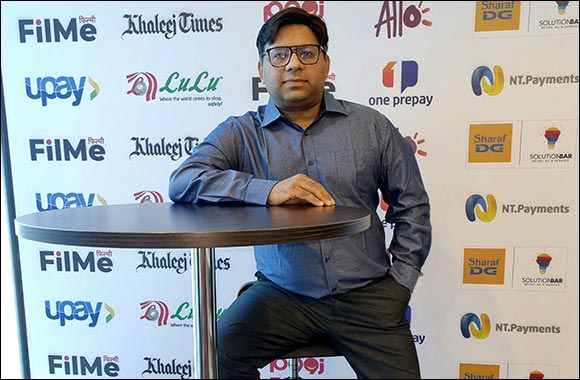 Share Home >> Entertainment
• FilMe adds a brand-new quality OTT content to its platform for a price as low as AED 4.99 starting from this week.
• The platform offers ‘Matsya Kaand’ from Nov 30 and ‘Jai Bhim’ from Dec 3.
Dubai; 28 November 2021: After a long week and with ‘virus’ threat still around, it would be understandable if you want to just stay inside for the long weekend and relax with family and friends. So, if you’re looking for things to do while you’re squared away in your apartment from noise and virus outside, then you will be excited to hear that FilMe, entertainment’s smart ticket, will take care of your entertainment quotient for the last long weekend of the year.
FilMe is bringing to you two of the most exciting and critically acclaimed pieces of OTT content of the year. ‘Jai Bhim’ and ‘Matsya Kaand’ at AED 4.99 each, which means hours of quality content at a real bargain. Both, the film, and the web series are among the highest rated movies and shows on IMDb.
From director, T.J. Gnanavel, and producers, Jyothika and Suriya, ‘Jai Bhim’ is the most critically acclaimed film this year and it currently sits at 9.5 on IMDb with over a 136 thousand reviews making it the most acclaimed film on the website, surpassing the cult favourite, ‘Shawshank Redemption’s’ 9.3. This Tamilian courtroom drama is a based on true story about a case fought for by Justice K. Chandru (played by Suriya) in 1993. The events of this film revolve around the struggles of Senggeni (played by Lijomol Jose), a woman from the Irular tribe and her search for justice to exonerate her husband, Rajakannu (played by K. Manikandan) who was wrongfully arrested and subjected to unjust brutality by the police on petty theft charges. The film is unflattering, unflinching and uncompromising look at the Indian Police and Justice System’s treatment of people from Scheduled Castes and Scheduled Tribes in the country. It will be available on FilMe from 3rd of December 2021.
Another gripping story you can watch during the long weekend is ‘Matsya Kaand’ which like ‘Jai Bhim’, has achieved universal acclaim and currently sits at 9.6 on IMDb. It is a Hindi language web series from creator Ajay Bhuyan and produced by MX Player. In the tradition of Steven Spielberg’s ‘Catch me if you can’, the show is an elaborate game of chess between a conman, Matsya Thada (played by Ravi Dubey) and a cop, ACP Tejraj Singh (played by Ravi Kishan). After countless successful exploits where Matsya got away with some of the biggest jobs or ‘Kaands’ in the history this country, Matsya finally meets a worthy opponent when his case gets assigned to ACP Tejraj. It will be available on FilMe from 30th of November 2021.
Whether you’re looking for something emotional and powerful or something that’s not only fun but edge of your seat exciting, FilMe has you covered without burning a hole through your pocket. So, grab some snacks, snuggle into the most comfortable spot on the couch before any else gets it and make this a long family weekend full of entertainment.

Ajman Bank Partners with Arada to Provide AED 152 Million in Financing for Sharj ...

Arsenal among 16 International Football Teams Camping in Dubai in the First Mont ...