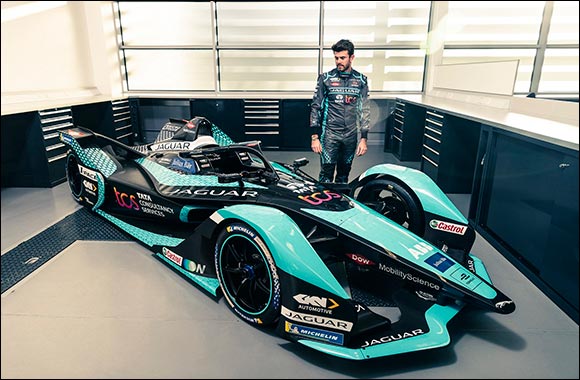 Share Home >> Automobile
• Jaguar TCS Racing announce Norman Nato and Tom Dillmann as reserve and simulator drivers for season eight of the ABB FIA Formula E World Championship
• Frenchman, Nato, most recently competed with ROKiT Venturi Racing in Formula E and won the final race of season seven in Berlin
• Norman Nato will work with fellow Frenchman, Tom Dillmann, who joined the Jaguar TCS Racing team last year as reserve driver
• Jaguar TCS Racing will race on the streets of Diriyah, Saudi Arabia on 28 and 29 January 2022 for the first of 16 rounds
Dubai, United Arab Emirates, 17 January 2022 – Jaguar TCS Racing has today announced that Norman Nato and Tom Dillmann will both be reserve and simulator drivers for the British racing team for season eight of the ABB FIA Formula E World Championship.
Frenchman Nato – who won the final race of season seven as a rookie - joins the Jaguar TCS Racing reserve driver line-up this season alongside Tom Dillmann, who continues his role as reserve driver for the all-electric racing team.
Norman and Tom will focus on key roles in the simulator and testing, ensuring the Jaguar I-TYPE 5 is as competitive as possible for the team and also rotate their responsibility at races as reserve drivers.
29-year-old Norman Nato is no stranger to Formula E and has gained experience in the F4 Eurocup 1.6 and Formula Renault 2.0 Alps before winning both in Monaco and Hungary in the 2014 Formula Renault 3.5 Series season. More recently, Nato came third in both the 2018 European Le Mans Series and the 2019/20 FIA World Endurance Championship, including a second-placed finish in the prestigious 24 Hours of Le Mans.
Meanwhile, 32-year-old Tom Dillmann has been racing since the early 2000s and has competed in around 300 races during that time. Tom’s career highlights include being crowned champion of the 2016 Formula V8 3.5 series and 2010 German Formula 3. Dillmann is no stranger to Formula E having competed in 23 E-Prix since 2017 with the Venturi and NIO Formula E teams.
Norman Nato, Jaguar TCS Racing reserve driver: “I’m excited to be joining the Jaguar TCS Racing team. I'm determined to help the team fight for points, podiums and reach their top performance. I have a lot to learn and discover but I will be ready anytime the team needs me, inside or outside of the Jaguar I-TYPE 5. I consider Mitch and Sam as two really good friends, having raced with Mitch in F2 and I've known Sam for many years, and I look forward to supporting them and the team in season eight.”
Tom Dillmann, Jaguar TCS Racing reserve driver: “I’m delighted to remain a part of the Jaguar TCS Racing team family. After such a strong season seven, I am excited to play a part in ensuring the team are in a position to fight for the World Championship again.”
James Barclay, Jaguar TCS Racing Team Principal: “We are extremely pleased to welcome Norman into Jaguar TCS Racing. Norman’s credentials and character speaks louder than any words can and to have a Formula E race winner in the team as a reserve driver gives us great strength in depth. In addition to that and importantly Norman is highly motivated to be a key part of driving the team forward.
Last season Tom’s contributions to the team helped us achieve our best ever result in the championship and therefore continuing to work with him was very important to us. His capabilities and consistency are important as we look to further develop the Jaguar I-TYPE 5 and team performance during the course of season eight.”
The season eight opening race weekend takes place on 28 and 29 January 2022 on the streets of Diriyah, Saudi Arabia.