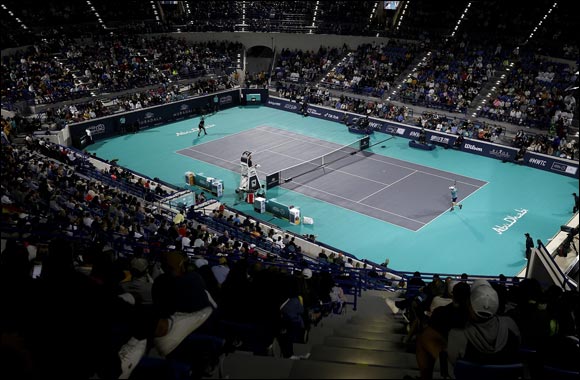 Winner of September’s US Open, 19-year-old Spaniard – the youngest male to reach the top of the ATP rankings – is heading for Abu Dhabi this December

Tickets for the annual Championship start from just AED 95 for adults and AED 45 for children, with a 20% discount available on three-day packages

Monday, 3 October 2022 - Abu Dhabi, UAE: World No.1 Carlos Alcaraz will make his Middle East debut this December at the 14th edition of the Mubadala World Tennis Championship in Abu Dhabi. The Spaniard, who won the US Open last month and in doing so became the youngest male to reach the top of the ATP world rankings, will take to the court at the International Tennis Centre at Zayed Sports City from 16 – 18 December.

Alcaraz, who turned 19 in May, will lead a line-up of six of the world’s best men’s players who will compete in the region’s leading tennis experience. They will be joined by Women’s World No.2 Ons Jabeur and British No.1 Emma Raducanu will also face-off on Day 1 of the Championship.

Alcaraz’s victory at Flushing Meadows in September was his sixth ATP Tour singles title and his fifth in 2022. Competing at the Mubadala World Tennis Championship for the first time, he will follow in the footsteps of superstars like Roger Federer, Novak Djokovic, Andy Murray, and his hero – and five-time winner in the UAE capital – Rafael Nadal.

“I can’t wait to participate in the Mubadala World Tennis Championship in Abu Dhabi,” said Alcaraz, “I’ve seen a lot of players take part in the tournament, and everyone really looks forward to it.”

Championship owner Flash Entertainment confirmed two more of the six-player men’s line-up will be revealed in the coming days and reiterated its commitment to bringing the sport’s biggest and best players to the region. Alcaraz certainly fits that bill.

“World No.1, Carlos Alcaraz has had an incredible year after becoming the youngest ATP 500 champion in Rio de Janeiro back in February to winning the US Open a few weeks ago,” said John Lickrish, CEO, Flash Entertainment. “MWTC has a history of getting the top players to compete in Abu Dhabi; it's a promise we've never had any qualms about making to the tennis fans in the region and we have fulfilled that once again. I have no doubt spectators will enjoy seeing Carlos compete here for the first time, and we are excited to see such a sensational young talent and new generation of superstar at the Championship.”

Celebrating its 14th edition, this year’s Mubadala World Tennis Championship will bring its traditional mix of festive fun, interactive activities, and player meet and greets. Tickets start from AED 95 for adults and AED 45 for children and can be purchased on the event’s official website www.mubadalawtc.com. Three-day packages offer a 20 per cent saving, guaranteeing spectators a seat for the entire Championship. Premier Hospitality tickets also offer fans a premium F&B menu and courtside seating providing prime viewing and an unparalleled experience.